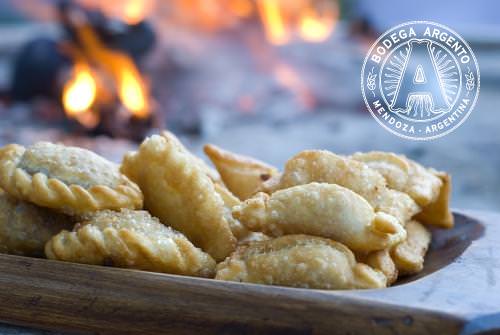 Argentina’s borders stretch from Antarctic waters in the south to Iguazú waterfalls amid the subtropical jungles of the northeast. Argentina is a vast country, extending 3,650km (2,268 miles) from north to south and across 30 degrees latitude. Needless to say, within its boundaries, nearly all known foodstuffs can be grown or pastured, making for a rich cuisine. Throw into the mix a population blend of Italian, Spanish, French (among many others) and indigenous heritage and you have a melting pot of the world’s finest cuisine. The Spanish brought churros, tortillas (omelettes), stews called guisos and pucheros, and hams. The Italians brought pizza, pasta and milanesas. The French brought their bread – and what bread.

Merely crossing provincial borders can yield a whole new menu. For example, in Obera in the north of the country, there’s a large German community and sauerkraut is often on the menu (called chucrut), and Buenos Aires has the only kosher McDonalds outside Israel (we’re not advocating McDonalds, a wealth of great Jewish food can be found). Argentina’s cuisine is, or at least can be, bewilderingly diverse. I say ‘can be’ because some items you’ll find in every corner of the country. The asado – grilled meats – is truly ubiquitous. The cuts may vary slightly, and Argentinians from different provinces will argue over the correct preparation (start a fight by asking when you should salt the beef – try it, it works), but grilled meat is eaten by everyone. Pizzas are incredibly popular, as are milanesas, which are breaded cutlets like schnitzels. Pasta is fresh and good in most places, but particularly in Buenos Aires, and empanadas, small pastries of meat and vegetables, can be found across the country – crucially, however, the fillings will change considerably. (I once met a food writer who was charting the empanada ingredients across the country.) 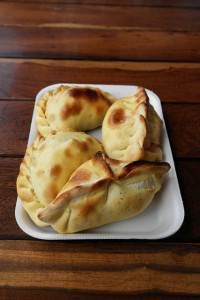 Food really begins to change once you are out of Buenos Aires and central Argentina. The most markedly different food is in the northwest, and it’s worth the trip alone if you are a foodie. The provinces of Jujuy, Salta and Santiago del Estero, for example, have a cuisine firmly rooted in Andean cultures with recipes more in common with Bolivia and Peru than Palermo.

Salteñas, my favourite, are large spicy empanadas, often with raisins and chunks of meat. Tamales are made from maize dough filled with meat and vegetables and steamed in corn husks – visitors to and from Mexico will recognise them. The humita is made from fresh corn, cheese and spices. It’s also wrapped in corn husks, looks lovely on the plate and tastes delicious. Heavy stews – perfect for the cool desert nights – are perhaps the most popular dinnertime dishes. Locro is a fabulous thick dish with meat, or often chorizo, onion, squash and corn as its principle ingredient. Spices are often served on the side (unlike in Buenos Aires, the northerners love a bit of spice) and it’s very good. The potatoes are also stunning, with the tubers coming in bright yellows, reds and purples.

Skip across from the desert-like alto-Plano of Salta and Jujuy to the tropical northeast, and the cuisine changes with the climate. Mandioca (cassava) is a popular ingredient. Its flour is used to make bread, but best put to use in the chipa, a stunningly tasty bun with cheese popular up here, and also in southern Brazil and Paraguay. Chipa sellers, with huge amounts of hot, oozing chipas balanced on their heads board buses and walk the streets. (Oh, my mouth is watering). It tastes great with mate – Argentina’s ubiquitous drink that also originates from the northeast. These provinces are also the only place in Argentina where fish is really popular. Here it’s the impressively ugly river fish surubí and dorado that are fatty, delicious fish. The oranges up here are cheap and juicy too. 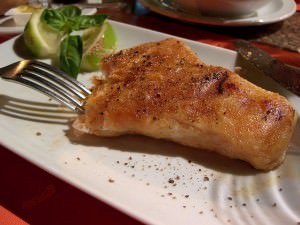 Grilled surubi – Photograph by Will Luo

Most places north of Buenos Aires also serve goat. The skinned carcasses proudly hanging outside parrillas (meat restaurants) are enough to put most people off, but its often good. Goat and kid is also popular at the other end of the country. Cuisine in Patagonia is primarily dictated by climate. It’s not wildly different from what you’ll find in Buenos Aires, but its good enough that there are even a few of Patagonian themed restaurants in Buenos Aires, notably the Patagonia Sur in La Boca – it’s regarded as one of the finest eateries in the capital and the price certainly reflects it. The key dish here, and one that is typically Patagonian, is lamb (cordero). It’s rare all across the country, but bountiful down south. The other ingredient that the Argentina’s southern shores are known for is centolla, the spider crab.

Key, as to all meals, is wine. And each region is known for its distinct tastes (see Andrew Catchpole’s blog post for more on this). Patagonian wine, for example, has a more old world taste. Subtle pinot noirs from the cool Patagonian vineyards are perfect with roast lamb. While under the oppressive heat of Salta, it’s an ice cold Torrontés that seems to fit best. 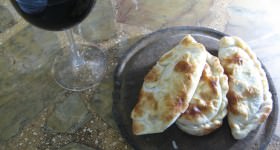 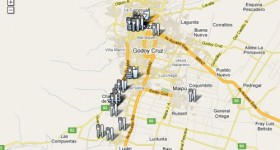 2 responses to “Regional Rules: A Guide to Argentina’s Varied Cuisine”