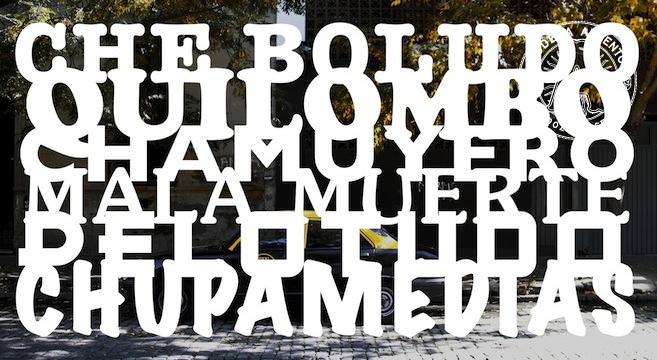 You thought you knew how to speak Spanish in your language class, with a teacher that seemed to come from Spain (olé!) or even worse, learned from one.

Then you come to Argentina and discover that “cana” doesn’t mean what you thought – instead of “a person with grey hair,” it means “the police!” And sometimes it’s okay to be politically incorrect in ways that would probably enrage most of the world, like calling your chubby friend “Gordo,” your Korean friend “Chino” or your Armenian friend “Turco.”

And you end up feeling like even more of an outsider. Don’t despair! Here is a list of Porteño slang terms that you can use to quickly sound like a local in Buenos Aires.

Boludo/a
Dude (friendly, just for friends); can also be a mild insult.

Minita
Girl; may be sexual or diminishing.

Quilombo
A mess, a problem; “Qué quilombo!” What a mess!

Afanar
(verb) To steal; “Me afanaron el celular!” They stole my cellphone!

Careta
Someone who acts like someone they are not.

Rata
Someone who is cheap; also known as “Amarrete”.

Previa
You have a “previa” where you drink your (cheap) booze before going to a party or Boliche.

Bajón
Something that brings you down or makes you sad; “Esto es un bajón.” This is a downer.

Bancar
(verb) To support, to wait; “Bancame un minuto” Wait a minute. “Bancame en esta” Support me on this one.

Te re cabió
This is a bit difficult – either you really liked it, or you thought you were right about something and someone/thing proved you wrong.
How to use it:
“Te re cabió la mina/el chocolate/el chabón.” You really liked that woman/the chocolate/that man.
“Te re cabió, no pasó lo que dijiste.” You had to suck it up, the thing you said didn’t happen.

Chamuyero
(adj.) Someone that talks nonsense, a player. Verb to “chamuyar”.

Cualquiera! or Nada que ver!
Whatever! Saying something is erroneous or has nothing to do with the conversation.

Flashear
(verb) Think or imagine something that you didn’t understand or came out of the blue; “Flashie que había un elefante!” I imagined there was an elephant!

Ni en pedo
Not even drunk.

Banana
Somebody who thinks he/she is cool, but isn’t.

Cagar a piñas/palos
To kick someone’s butt; “Lo voy a cagar a piñas” I’m going to kick his butt.

Chupamedias
Literally “sucks socks,” it means to suck up to someone (the teacher, the boss, etc.)

Pelotudo
Jerk; “Es un pelotudo” He is such an jerk.

Salame
Stupid; “Es un salame.” He is so stupid.

(Only for entertainment, please DON’T USE in real life!)

“Se te cayó un papel… El que te envuelve, bombón.”
You dropped a paper… the one that was wrapped around you, sweetie.

“Te dolió?… cuando te caíste del cielo.”
Did it hurt when you fell down from heaven?

“Tu nombre es Google? … Porque sos la respuesta a todas mis preguntas.”
Is your name Google? … Because you are the answer to all of my questions. (This one is a bit new, you may want to try it – for sure you’ll get them to laugh.)

For some help with pronunciation, just check out this page for Spanish sounds and letters.

What other typical Porteño slang terms do you know? Tell us in the comments below.

Olivia, born and raised in Buenos Aires, loves blogging, eating and watching movies. She learned English through music and her family; at the age of five she was singing and dancing to the Beatles. Olivia currently works as a freelance photographer and writer in places like The WOW Factor and her own blog Olive's Food Project. She also goes to Pastry school and dreams about going to Japan. 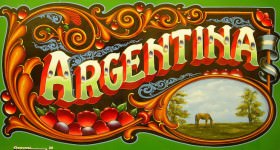