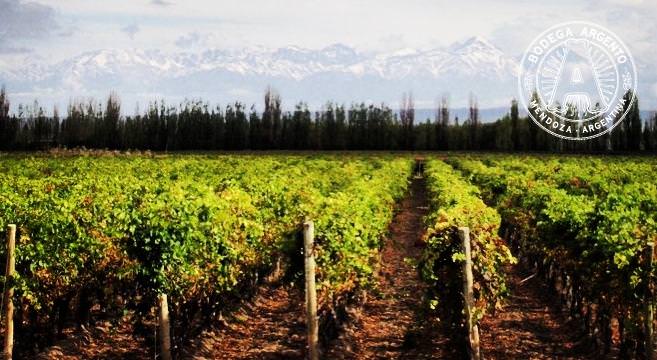 In Mendoza, the grape harvest can start any time from the end of January and continue until mid-May, depending upon the varietal and wine a bodega intends to make. Many wineries used to be located in the city of Mendoza, but over the years they have dispersed in a bid to find new terroir, a move that has seen many wind their way south. Mendoza encompassses five main zones – Northern, Eastern, Central, Uco Valley and Southern – and dozens of sub-districts, such as the more familiar Luján de Cuyo and Maipú, and produces around 70% of all Argentine wine. In general, the further south the vineyard, the higher the altitude, and the wider the daily temperature range.

I’ve travelled to the province three times since February and have compiled this collage of 2013’s harvest across some of the different vineyard areas of Mendoza.

Over Easter, at the end of March, Roberto Bonfanti winery was well into harvesting their Malbec, seen in this photo. A small, family-owned bodega in Luján de Cuyo, which is found in the Central Region, this department has one of the largest concentrations of wineries in the country – there are around 360 – that produce high-quality wines from an altitude ranging from 750m to 1,100m. 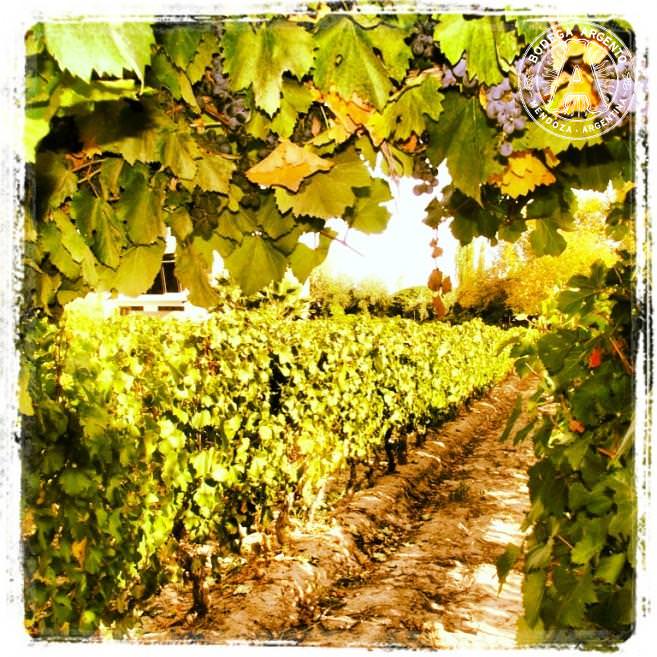 A sub-district of Luján de Cuyo, these vineyards at 980m above sea level are are vast, uninterrupted seas of grapes, covering expansive areas and offering stunning panoramas of the majestic Andes mountain range. Snow-capped all year round, the view is a polite reminder that desert-like Mendoza depends on ice-melt for irrigation. This photo from early May shows harvested Malbec at Catena Zapata’s Piramide vineyard, the shadowy Andes in the distance. 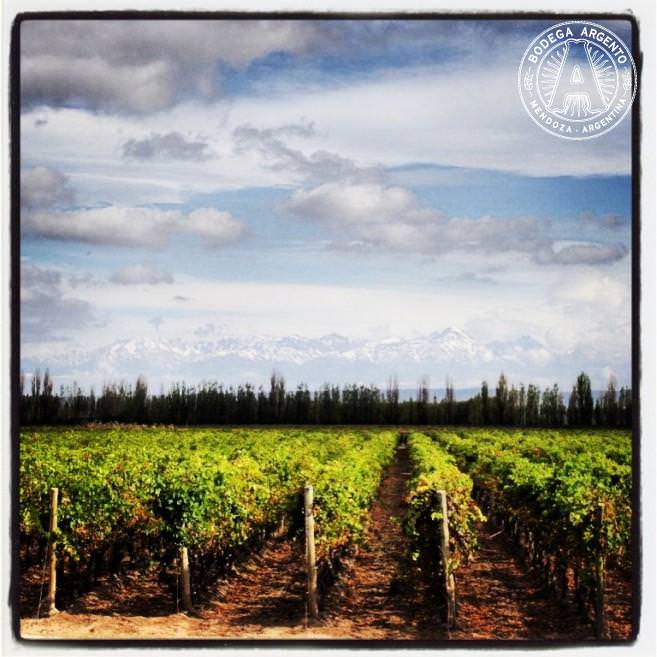 Catena Zapata in Agrelo; photo by Sorrel Moseley-Williams via Instagram.

Home to Casa Argento, Chacras de Coria is an easy, breezy residential area which is also home to a dozen wineries. Another sub-district of Luján de Cuyo, its relatively flat, oak-lined roads make Chacras a popular zone to hire a bike and pedal between bodegas for tastings. French-owned Alta Vista is on the bike map, and is a delightful spot to picnic near these Petit Verdot vines on the turn over Easter. 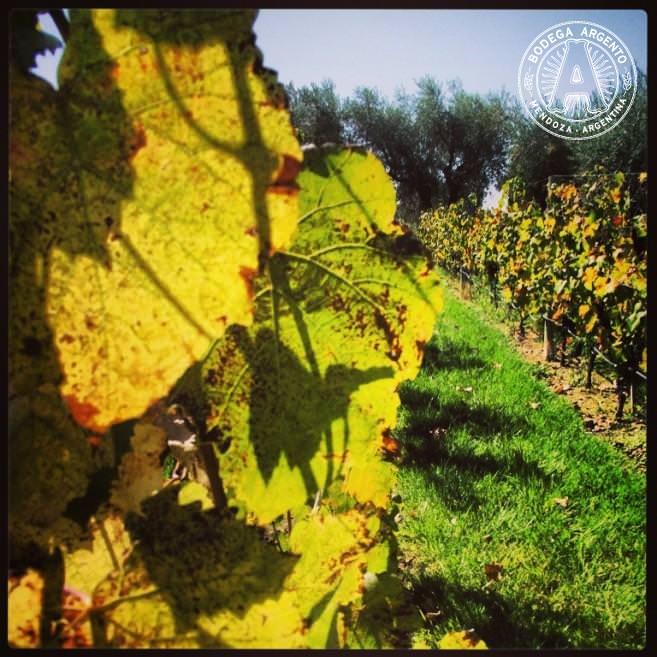 I said Luján de Cuyo was a big wine producing sub-region! Perdriel, named after a former provincial governor, is yet another sub-district of Luján found at an altitude of 980m and the higher the vineyard, the stonier the soil. Casarena has taken advantage of the rocky, sandy earth to plant Merlot, Pinot Noir and Cabernet Franc among other varieties. Despite this grimey May morning, these harvested Malbec vines brightened the day considerably. 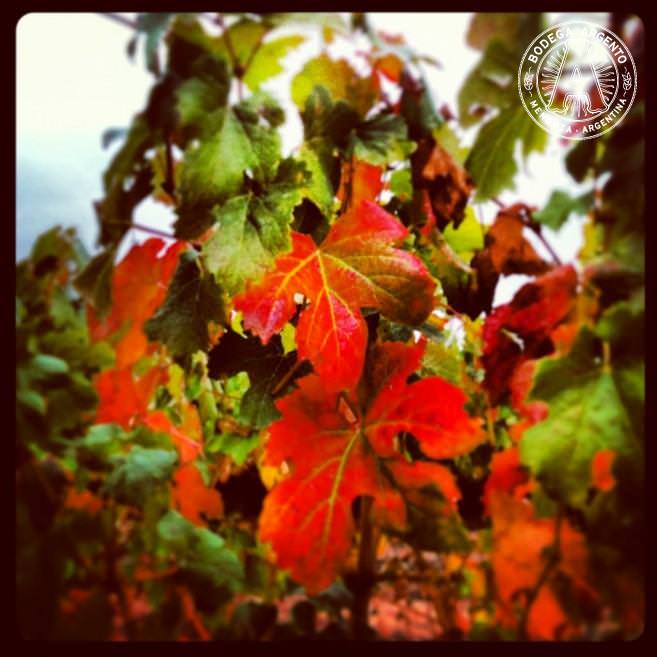 Casarena in Perdriel; photo by Sorrel Moseley-Williams via Instagram.

Another important wine-producing department in the Central Region, some of Argentina’s oldest bodegas are located in Maipú. With the savvy based near to the Mendoza River – again, for irrigation purposes – some older wineries such as Trapiche used to transport their wines to Buenos Aires by train. The tracks still exist behind the bodega. April’s autumnal leaves are on the turn as they prepare for a cold winter ahead in this image. 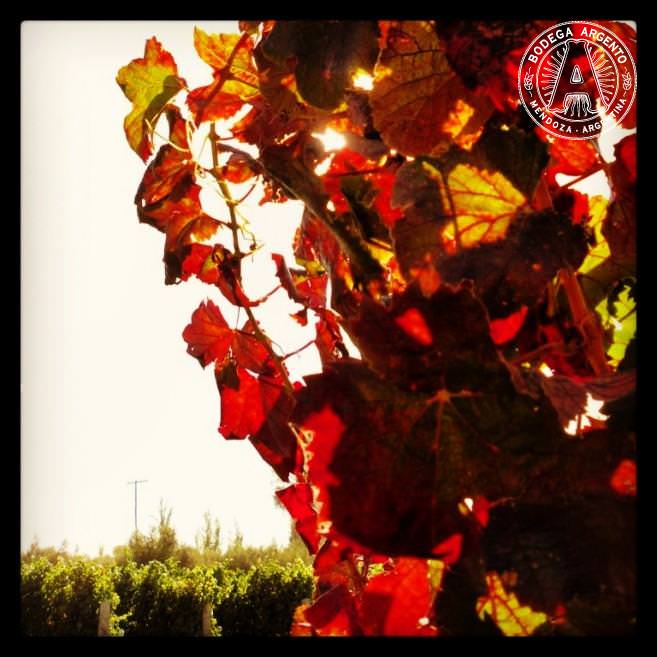 Trapiche in Maipú; photo by Sorrel Moseley-Williams via Instagram.

It’s time for a close-up and the briefest of biology lessons. This beautiful leaf at Zuccardi is one of many responsible for photosynthesis and nutrifying a vine each year. However, if it were this colour before maturity, it would indicate that something is wrong with the plant. Rest assured that this one, from Zuccardi’s Santa Rosa vineyard in the Eastern region at about 700m above sea level, is in perfect health. 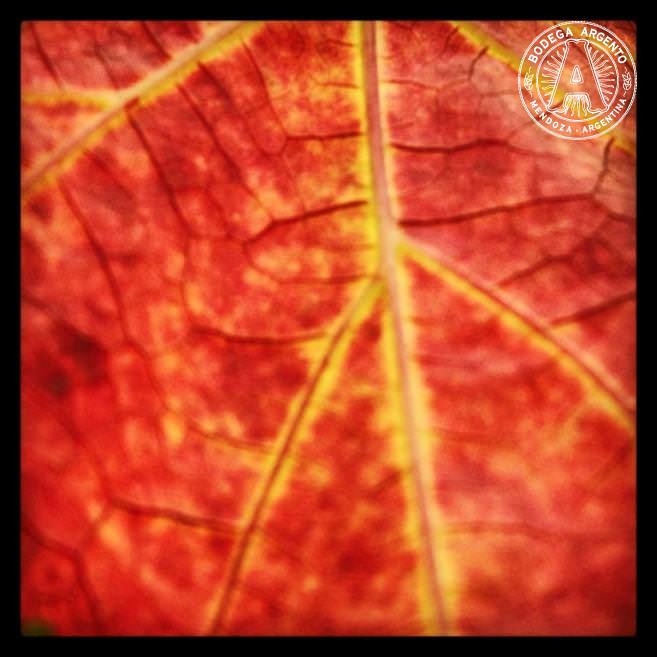 Zuccardi in Santa Rosa; photo by Sorrel Moseley-Williams via Instagram.

The Uco Valley (Valle de Uco) is about 80km south of Mendoza city and is witnessing a grape-growing boom. The highest region in the province, some vineyards reach 1,400m above sea level – they are also the closest to the Andes. This February photo depicts harvest in full flow, with trucks waiting patiently in the distance for bins full of grapes at O. Fournier’s vineyards in La Consulta, San Carlos district. 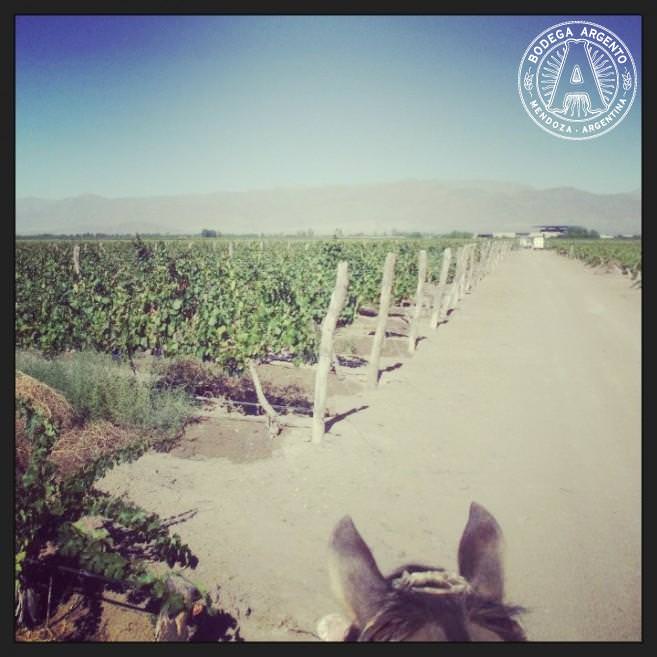 Once grapes have been harvested and delivered to the bodega, the science bit begins. Depending on the end product (a red or a white, for example, or for immediate consumption or oak ageing), the wine-making processes differ. In this April photo at Bodegas López, these red grapes have had their stalks removed and been crushed, and are beginning the lengthy process it takes for them to become wine. 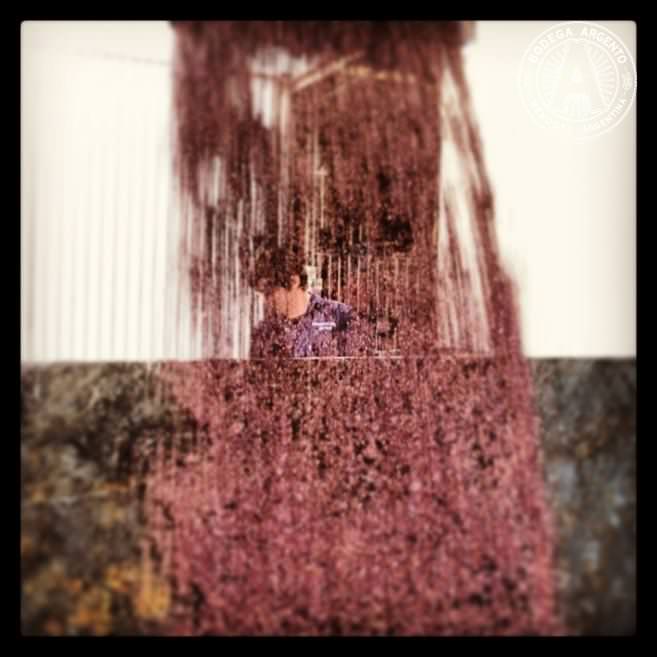 Bodegas Lopez in Maipú; photo by Sorrel Moseley-Williams via Instagram.

Named for a cross of stones erected by early Spanish settlers, Cruz de Piedra is another well-established sub-district of Maipú near the Mendoza River. The views of the Andes mountains are stunning from here, where Bodega Argento is surrounded by mature vineyards of Malbec, Cabernet Sauvignon, Chardonnay and Sauvignon Blanc. 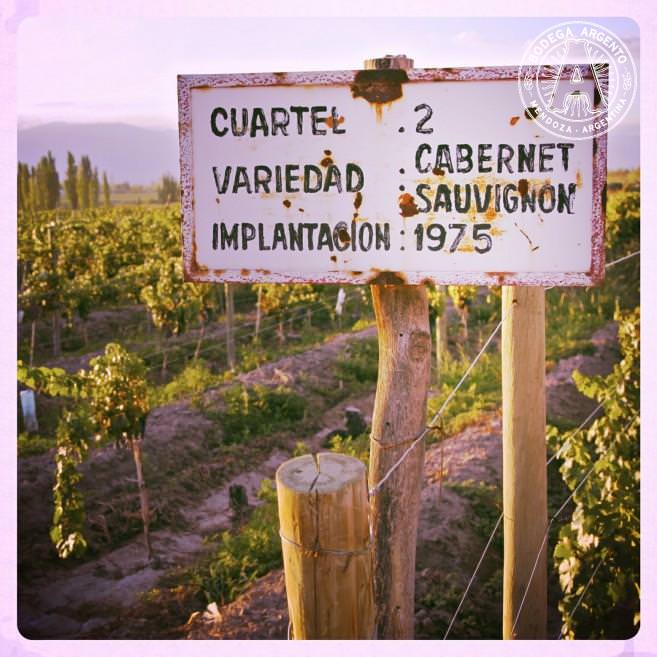 4 responses to “Photo Tour of Mendoza Vineyards During Harvest 2013”