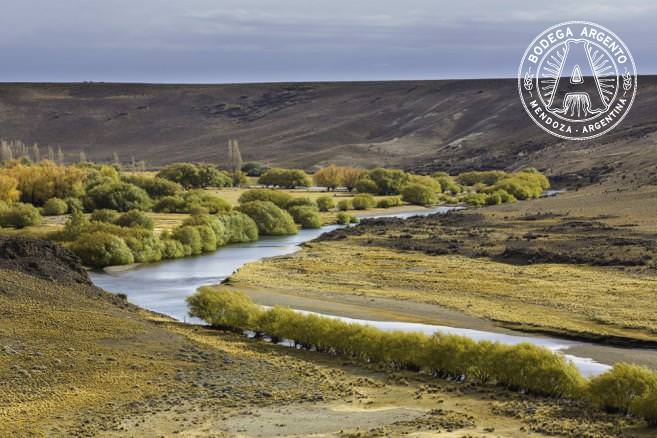 In his forthcoming exhibition, Ruta a Lago la Plata, Argentine photographer Florian von der Fecht shows why there’s something to shout about down South…

The Landscape of a Life’s Work…

Florian von der Fecht’s photos speak of the immenseness of Argentina, its vast, untamed and unpopulated regions. Becoming ambassadors in their own right, his photos have become synonymous with the country that is his home and which he has passionately captured for more than 23 years. It’s the changing landscapes rather than people he’s dedicated his life to and there’s not much of it’s 2000 miles North to South and 1500 East to West that hasn’t been seen through his lens. He says he didn’t choose photography, rather it was a vehicle which granted him the opportunity to indulge his outdoor sensibilities. Never bored of his camera, nor his country, he’s one of the lucky breed who is absolutely passionate about what they do. Like a parent talking about their children, he says of his pictures, that he couldn’t pick a favorite, preferring to leave interpretations to the viewer.

Florian’s first book on Argentina was published in 1992, 10 books later and Argentina’s 23 provinces all checked off, Florian still goes in search of the spectacular. One place in particular bewitches his imagination though, Patagonia. During his most recent trip, Florian covered distances from the Argentine sea to the Andes, from Chubut’s largest city, Comodoro Rivadavia to the sparsely populated and unexplored woods of Alto Rio Senguer following the National Route 26 to reach the neighbouring glacial lakes of Lago Fontana and Lago La Plata. Located at the foot of the easternmost side of the Andes the two lakes give rise to the Senguerr River, the largest waterway in the south of the province. At the beginning of 2013 a major project was underway to create a national park in the Chubut Basin Lago La Plata, predominantly with the aim to conserve the endangered deer population. Lago Fontana, although not yet protected, is mostly privately owned, but so far so safe from development of its tiny population, which mostly receives only small numbers of salmon fishermen in season.

Speaking to the Real Argentina, Florian von der Fecht told us why the landscape continues to fascinate him…

The Real Argentina: What inspired you to do this journey to Lago Fontana and Lago La Plata?
Florian von der Fecht: I’d already been there twice many years ago but never in autumn when the colours are so intense. Apart from that, this time I could go as far as Bahia Arenal and even further west.

TRA: It’s difficult to avoid adjectives like incredible and amazing when describing your trip, they don’t say much. What was the journey really like for you?
FVDF: Each trip represents how I want to live, it makes me happy. A lifestyle in search of adventures, getting to know places that few people do and to see nature in its purest state, without man’s intervention or disruption. It can be seen with Lago La Plata, the distance preserves it.

TRA: What were the most memorable moments?
FVDF: Discovering new bays like Sataravi that I could see as the bird flies, the walk to La Plata Chico through a pristine forest with unique, diverse vegetation typical of the Valdiviana jungle and the lake which penetrates further west into neighboring Chile with its border to the north, south and west.

TRA: For people who don’t know the route, what are the highlights?
FVDF: Firstly nobody should miss the winding Senguer river with its banks full of willows, ochres, yellows and golds which contrast with the blue of the water. The transition where the vast plain turns into the Andean lanscape. The Lago Fontana with its bays and islands, as you head west the wooded areas start. The road ends in Huente Co along the Rio Union, use this as a base to explore the area. Further west you continue on foot or by boat. Sailing you’ll reach Bahia Arenal. Don’t miss the Ciervo Rojo (red deer) gold mine. You can look around the deep tunnels that go deep into the mountain and let the imagination go wild thinking about the lives of the first gold diggers who settled there.

TRA: What factors influence where you travel?
FVDF: I’m always searching for new destinations and new photos. Opportunities present themselves, come up and of those I prioritise the ability to cover the whole of Argentina.

TRA: Is there any one photo that you’re particularly proud of?
FVDF: Each photo conveys in its own way and I can’t define whether one does it better than another.

TRA: Does the Argentine landscape still continue to fascinate you after all these years?
FVDF: Yes of course, every time I arrive somewhere, the light, the circumstances are unique, different that’s why each photo is different. The landscapes never cease to amaze.

TRA: What does Argentina have that’s so special?
FVDF: It’s immense, contrasting. You find a huge variety of landscapes.

TRA: How do you see your role as photographer in relation to the country?
FVDF: I try to show the most beautiful parts of my country and share how I see it with those who see my photos. Thanks to my photography, many have discovered unknown places for themselves. They travel in their imagination or they inspire new trips. Many say my photos are ambassadors of Argentina that have already traveled the world.

TRA: How do you see your role as photographer in relation to the country?
FVDF: I try to show the most beautiful parts of my country and share how I see it with those who see my photos. Thanks to my photography, many have discovered unknown places for themselves. They travel in their imagination or they inspire new trips. Many say my photos are ambassadors of Argentina that have already traveled the world.

TRA: What have you learnt about nature and yourself during your years of photography that you keep with you?
FVDF: Over the years it’s confirmed that is the lifestyle that I want to have, walking through the woods, enjoying nature makes me happy. I am passionate about photography and I chose it for a living because it allows me to enjoy nature and spend more time outdoors.

TRA: They say a photo says a thousand words, tell us a story behind one of yours…
FVDF: I take a photo, it’s the beholder who interprets them. The photos speak to those who listen. The same goes for painting. My photography is simple and concrete. My message is to show beauty, Argentina’s natural heritage, that unfortunately isn’t always looked after as it should be. It is to inspire the will to conserve it.

TRA: How do you set up your photos?
FVDF: I am seeking the best light and opportunity. I hope to be in the right time at the right place. There is a lot of luck in nature photography: a beautiful sunrise, a good storm. Some of them I imagine and I look at creating the opportunity, others are captured, taken in seconds.

TRA: Why nature and not people?
FVDF: Each of us is inspired by what moves them most…for me it’s nature, the journey, the horizon moves me. Argentina is an unpopulated country, deserted, it’s what I like to show.

TRA: Do you have a favorite season to take photographs?
FVDF: Spring and autumn for the colours and light.

TRA: Did you always know you wanted to be a photographer, how did it all start?
FVDF: No, I didn’t know right away. I did know I wanted to be in nature as much as possible. I used to imagine being a geologist and walking the Andes on a donkey. I changed the pick for a camera. I’ve always taken photos. I was building a way to make a living off them. Whilst working in a photography studio I went to Germany to work on the advertising side of photography. I realised that there was a lack of photography books on Argentina, I came back, created my studio Photo Design and started editing books and calendars with photographs of Argentina. I’ve been doing it for more than 20 years and I’m still passionate about it.

TRA: Are there places you keep going back to?
FVDF: Patagonia. It’s my best place.

TRA: Where do you go on holiday or are you always working to some extent when you travel?
FVDF: That’s how it is, many say that I’m permanently on holiday! I never go on holiday without my camera. One would have to define ‘working.’

TRA: After so much travelling are there any places left that you’re still anxious to explore?
FVDF: There’s always something new to see. There are still many unexplored corners to get to know. Just look at the map and see how many places are inaccessible. That’s the beauty of Argentina compared to more populated regions like Europe. In addition each place becomes new again according to the light and conditions.

TRA: What trip does everyone have to do once in their life?
FVDF: No question, don’t miss the chance of spending enough time getting to know Patagonia. What you don’t get to see, you can find out about in my books.