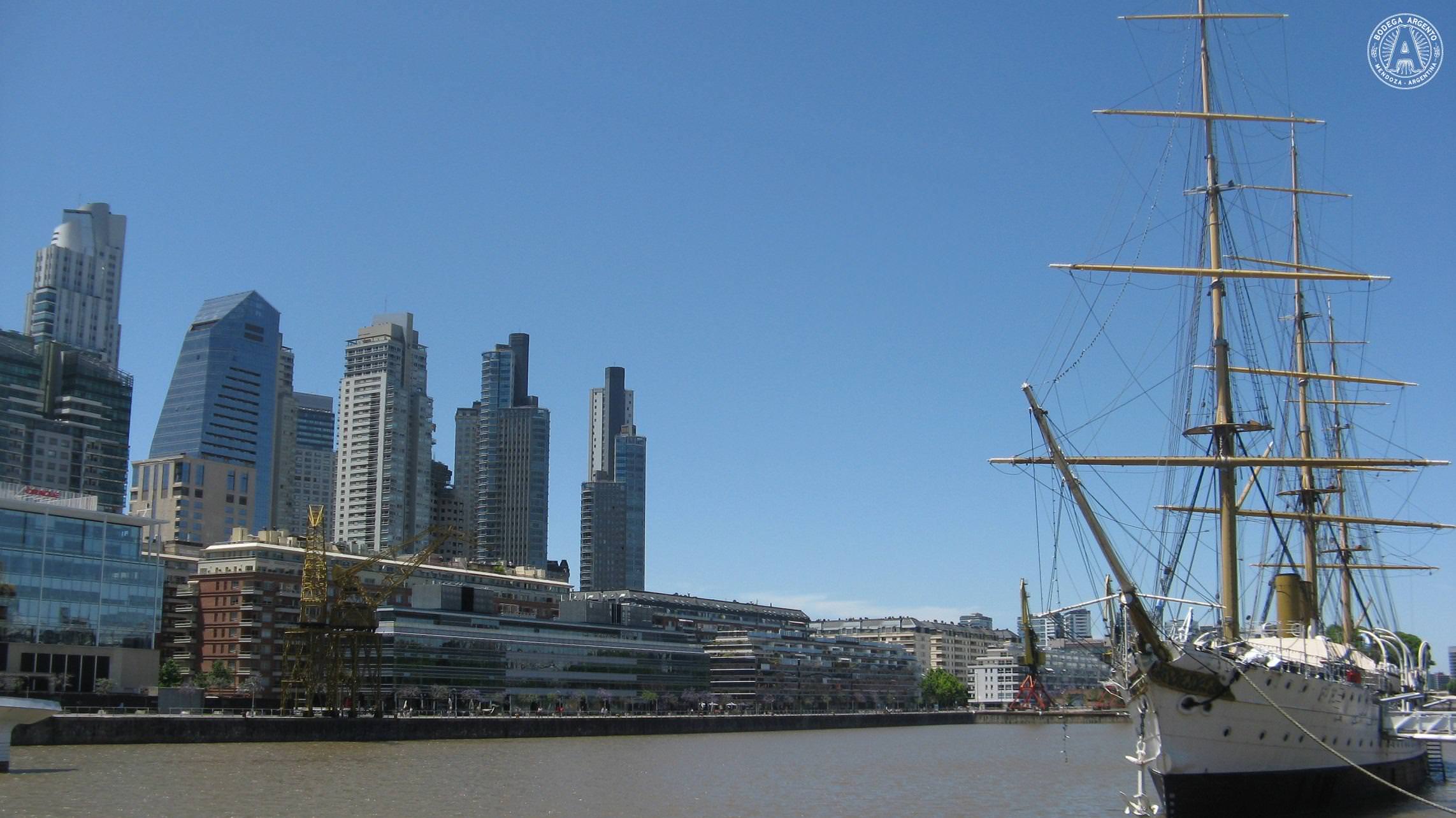 Buenos Aires barrios are famously chaotic, crowded and completely captivating. But one new neighbourhood projects a totally different vibe. Want water, wide open space and traffic-free wandering? Puerto Madero is right on the dockside; it’s so far removed from the hustle of the crazy city it provides a breath of fresh air. Check Puerto Madero out in the summer sunshine with our guide to the most un-Buenos Aires barrio in BA.

Puerto Madero: From Docks to Decadent

Puerto Madero, once a rundown dock area, has benefited from an exclusive makeover in the last decade. No more ramshackle warehouses and forgotten cargo containers. Now the cool, calm waterfront esplanade is flanked by fancy restaurants, coffee shops and bars, towered over by luxurious apartments and office blocks. Think London Docklands or Darling Harbour in Sydney. The revamp provides slick, safe, and serene surroundings but it does feel like you could be in any major city, anywhere. However, sometimes that kind of escape from the craziness of BA is just what you need.

Where to Eat in Puerto Madero

During the day the cafes are full of Buenos Aires’ business folks talking the talk and settling things over a latte. But not too full – this neighbourhood is never particularly bustling. Enjoy a coffee or lunch in the open air overlooking the water. iCentral Market has a nice deli and café, and you’ve also got the standard Starbucks and Havanna to choose from.

For dinner, if you want a cute and classic Argentine dining experience with a mini price tag, don’t come to Puerto Madero. On the other hand, this waterfront neighbourhood is home to some big-name, big-ticket dining spots with all the standard steak, wings, and pizza fare. There’s a TGI Friday’s if you miss that kind of thing, and some half-decent Mexican restaurants.

While pricey, there are some standout solutions to calm those hunger pangs including sleek and sexy Osaka serving Peruvian-Japanese fusion food, Bistro Sur at the Hotel Faena with its dramatically stunning setting and dramatically stunning prices (their Poolbar also provides a gorgeous location for some expertly mixed cocktails), and Sottovoce, a decent Italian eatery offering the best fresh seafood and pasta in the area.

Cabaña Las Lilas has a reputation for steak and while it may not be the most authentic steakhouse in the city – and it is, as you would expect, expensive – it does serve some gorgeously succulent beef.

The landmark of Puerto Madero is the sleek and delicately curving Puente de la Mujer (Women’s Bridge) that reclines across the water and is best photographed at sunset.

A bridge can only hold your attention for so long, and the two renovated ships with museums on-board close to Puente de la Mujer provide a little historic interest. Sarmiento and Uruguay (Buque Museo Fragata A.R.A. Presidente Sarmiento and Buque Museo Corbeta Uruguay, to be precise) are frigates commissioned from the English in the 1800s. Sarmiento is a 280-foot ship that’s been restored to its former glory including the officers’ quarters and the intricate wood panelling below decks. Uruguay is the most historic ship in the Argentine fleet and has sailed around the globe on numerous occasions, including to Antarctica. Both ships are open to the public during the day.

Escaping the City in the Ecological Reserve

Walk a little further across the barrio and you’ll come to the 865-acre Ecological Reserve – Reserva Ecológica Costanera Sur – that rests on the edge of the muddy Rio de la Plata. A gorgeous place for walking, bird watching or lying on the grass watching the clouds, the wild Ecological Reserve in BA is home to over 500 species of birds and some interesting turtles, coypu and iguanas if you can spot them.

Let’s get this straight, you’ve not going to find the “authentic” Buenos Aires in Puerto Madero but that doesn’t mean the area is charm-free. Come to take a break from the traffic, wander a while in the reserve and enjoy a coffee or a beer as the sun sets over the water before heading back to real life.