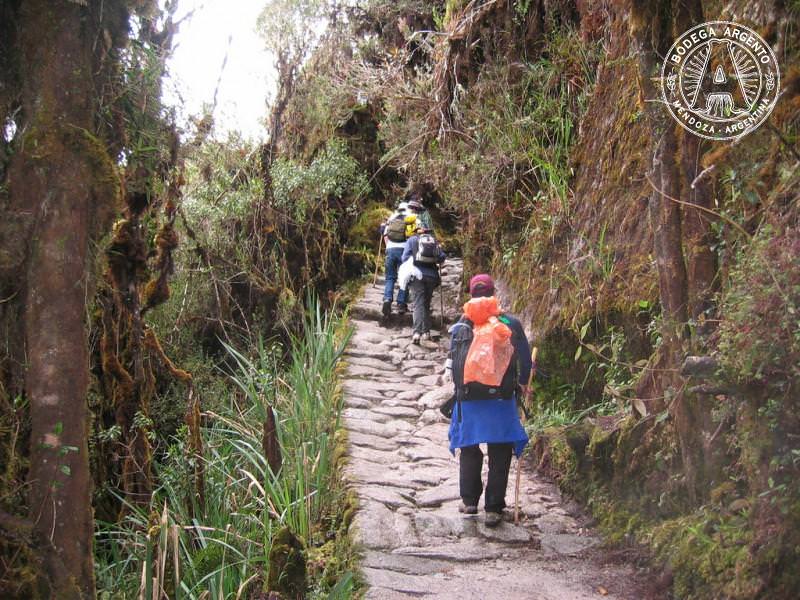 Real travel, as opposed to taking a few weeks holiday from work, can be hard to justify unless you are retired or travelling is what you do for a living as a writer or film maker. For the rest of us, the idea of spending months on end in some far-flung continent just for the sheer adventure of it all sounds self-indulgent – especially in these tough times, and especially if you are a student. The tradition of taking a year off before university has been mercilessly lampooned in ‘Gap Yah’ on YouTube.

But of course you don’t have to be some pampered ‘trustafarian’ to join in. Nor do you have to have a university to go to afterwards. I didn’t. I simply wanted to see something of the world and stretch out that fleeting, yet intoxicating sense of freedom that comes after years at school. The shackles of the 9 – 5 could wait.

I picked South America because it seemed so distant and unexplored, though childhood memories of Tintin and his adventures in Peru may have played a part. Despite these rather tenuous reasons, I soon got down to raising funds and planning my trip. I was hopelessly naïve about the distances involved. What was only a few inches away on a large scale map often took a day or more to cover by road once you had factored in all the vast plains, towering mountains, landslides and broken-down buses. 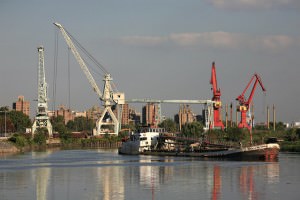 I was extremely fortunate in securing free passage on a cargo ship bound for Argentina, in return for scrubbing the deck and painting the occasional life boat. I have followed the same route by air several times since, but no flight can begin to compare with the journey by sea as we chugged slowly across the Atlantic.

After ten days, I caught my first captivating glimpse of the New World. We then steamed south down the coast of Brazil calling at Rio de Janeiro and Santos, before finally docking in Buenos Aires four weeks after leaving London. I jumped ship and, still swaying slightly, felt a mixture of exhilaration and fear at being on the other side of the world.

Having met up with an old school friend as arranged, we began exploring Buenos Aires. On one level it was a very European introduction to Latin America, on another it seemed as hyperactive as New York and made London feel like a backwater. After a week, we realised our budget for travel would quickly evaporate if we didn’t move on. 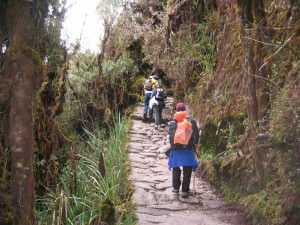 Backpacking in South America – Photograph by fortherock on Flickr

The next month was spent travelling through Uruguay, visiting Montevideo – the world’s sleepiest capital city – and staying on an estancia in the Argentine province of Entre Rios. From there, we headed north to the river Paraná and the Iguazu Falls, which thunders through the sub-tropical rain forest with unbelievable power.

Unable to leave this magical place, we found ourselves checking-in to a hotel on the Brazilian side, right by the falls. It was way beyond our means, but feasting on a huge al fresco breakfast by the pool the next day it all felt worth it. Who could guess that the next night we would be in Paraguayan jail?

I had been lured there on a whim. It was another country – another stamp in our passport and lay just the other side of the river. Yet the bus never stopped at the check-point and two hours later we were picked up by the police for not being stamped in. Those three nights banged up in Paraguay on the banks of the Paraná were the scariest and yet most dined-out on experience of our whole trip. Once free, we visited the country’s capital, Asunción, and called in on the British consul who was straight out of Graham Greene. He laughed when we asked if he had heard of our arrest. “I would have sent a gun boat had I known. But do have some more tea.” 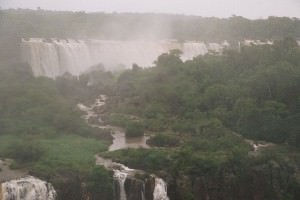 There were plenty of other adventures as we crossed the Andes into Chile and then re-crossed them into Bolivia and then on to Peru. By the time I flew home from Lima I had experienced the most unforgettable five months.

Did it cure my wanderlust? Hardly. Even now I still get a quickening of the pulse seeing South America splayed out on a map, and start dreaming of what adventures this strange, captivating continent might inspire.

It’s impossible to go through such an experience without learning a few things. So what tips would I give to my younger self, if I could? Here are my top ten tips for anyone planning on some gap year travel in Argentina or the wider region:

Budget: Boring, but crucial. Plan your trip to be financially self-contained (i.e. debt-free when you return), decide if you are going to work abroad at any point, work out a daily budget (think in the region of £15 – 30), set yourself a target… and go for it.

Money: Keep your cash safe in traveller’s cheques or their high-tech equivalent, having researched best deals and ease of withdrawal. Carry a small stash of low denomination US dollars and have a credit card for emergency back-up.

Insurance: Again, boring but crucial. Shop around for the best deal and read the small print! Check out this website for more information: www.fco.gov.uk/en/travel-and-living-abroad/staying-safe/travel-insurance/

Before you go: While visas are not normally required, make sure you are up to date with jabs and any other health issues.

Get the lingo: Even some basic Spanish (or Portuguese for Brazil) will help make you a traveller, rather than a tourist.

Internal travel: Buses are the cheapest, long-haul option – and if overnight, will save on accommodation. Trains can be slow, unreliable, but fun. Flights are for the rich.

Time: Be realistic and give yourself time as internal travel always takes longer than planned – don’t attempt to see everything, as you’ll probably die in the attempt.

Gifts: Pack some small, simple gifts for back home.

Disconnect: Stay in touch with occasional letters and emails, but otherwise unplug Facebook, switch off your phone and live the moment.

Don’t: Get into trouble – South American jails are best avoided.

Have you got any top tips for gap year travel in South America or Argentina? Feel free to leave a comment below. 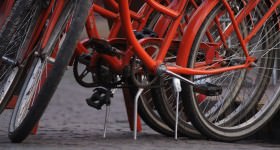 Get on Your Bikes – Cycling in Buenos Aires 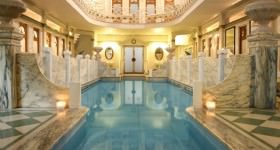 3 responses to “Gap Year Travel in Argentina and Beyond”