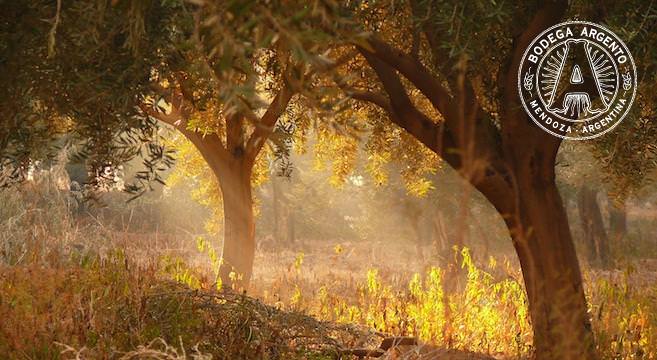 Since time began (kind of), Man has counted on a holy trinity for survival: wine, bread – and olive oil. While Argentina isn’t exactly lacking in the first two departments, the latter is a more recent addition to dining tables, despite the fact olive trees have been producing fruit for thousands of years around the Mediterranean and the Middle East.

Taking root in Argentina around 500 years ago, olive trees are a natural companion for vines, enjoying the same poor terroir and hot climes as grapes. But despite the late start, local extra virgin oils (known here as virgen extra – a bottle that says any different is not what it appears to be) that come from Mendoza and San Juan are beginning to have an impact on the world stage as they pick up awards and recognition for their varietals and blends. 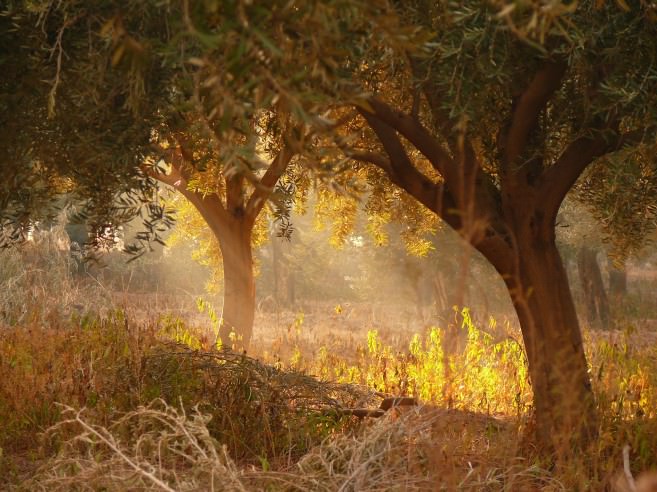 Classifications are laid down by the International Olive Council (Argentina has been a member since 2009) and includes virgin olive oil, olive oil and refined olive oil. However, virgen extra is the best quality, ergo the most expensive. What contributes to its calibre? Producers are on a mission to obtain low oleic acid levels, refining it to perfection, and virgen extra should have a maximum 0.8 grams of acidity per every 100. This quest, however, aims for quantities lower than that so expect to see 0.3 grams or 0.2 grams printed on bottles – in a world where scoring higher often denotes excellence, it’s the reverse with olive oil.

Just like wine, virgen extra olive oil has its own tasting ceremony although it doesn’t include a visual analysis. Experts pour a little oil into a small blue glass akin to a tea-light holder – we’re not looking to depict quality through its colour. Covering the top of the glass with one hand, hold the base in the other then slowly gyrate it for a minute – warming the glass releases the aromas. Lift and sniff – positive aromas include cut grass, herbs and tomato leaf among others. To taste it, place your tongue just behind your teeth, sip a little then suck it in quickly – flavours should hit the back of the throat, and if it feels a bit spicy, that’s also a positive sign. Fresh fruit, cut grass and herbs should all return in the mouth, elements that contribute to making a top-notch extra virgin olive oil. 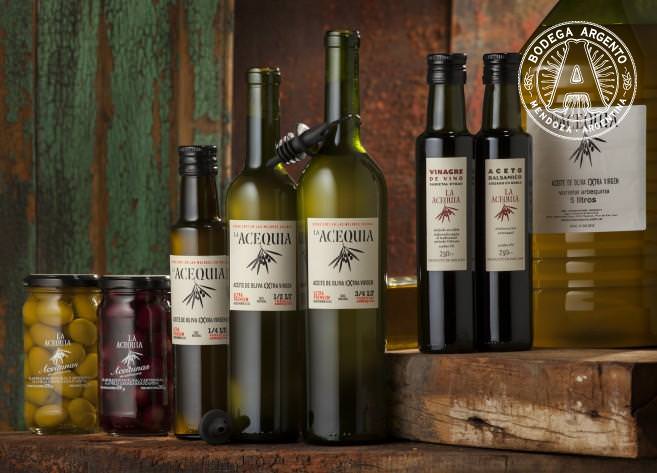 Although Argentina’s consumption is low in comparison with other olive oil-producing countries – 250 grams versus 17 litres in Greece of extra virgin per person a year! – a slow but sure change is on the way. With more specialist food stores opening in Buenos Aires such as Palermo’s Punto Cuc and Fifi Almacén, iCentral Market in Puerto Madero and The Pick Market in Recoleta, consumers are starting to see brands reach the shelves. MidiTerra, Zuelo, La Acequia, Olibó and others are increasingly on the radar, sold as varietals or blends. La Toscana, meanwhile, has taken matters a step further to develop a line of flavoured oils, such as garlic, chili, rosemary and basil. Some producers even have dedicated stores. Quetec, for example, stocks jars of the little green fruits as well as a variety of virgin extra oils at its seven BA shops. Throw into the mix a rise in product placement right under diners’ noses on restaurant tables at establishments such as Roux or La Cabrera, now making its own blend in association with Familia Zuccardi, and virgen extra olive oil is suddenly the best thing since sliced bread (accompanied by a small bowl of liquid gold drizzled with balsamic vinegar, of course).

Argentina’s main olive grower, San Juan, is home to the Olive Route (Ruta del Oliva), featuring producers, restaurants and even a museum. La Acequia is one grower based there and has been in the game since 2001, specialising only in Arbequina olives. They’ve just released their 2014 edition, similar to a freshly-cut lawn in a bottle – here’s how they make it:

Though olives aren’t native to Argentina, the original success story is the Arauco variety, which, like Malbec, has fared extremely well in its new terroir over the past five centuries. That said, it’s not the only olive on the block. Changlot is also creating waves, thanks to Familia Zuccardi’s project in Maipú. They started producing oil in 2008 and now harvest 32 varieties – their eponymous Changlot 2014 recently picked up a gold medal at Les Olivalies international awards.

The only Argentine extra virgin oil to rank in the World’s Best Olive Oils 2013/14 and just one of two South American names on the list (the other is Colinas de Garzón from Garzón in Uruguay), MidiTerra Grand is also making a name for itself. With the big boys from traditional olive oil-producing regions such as Andalucia, Puglia and Lesbos dominating the list, MidiTerra’s efforts should not go unnoticed, especially because they only started producing two years ago. To date, their Arauco, Manzanilla and Coratina blend has notched up 25 prizes.

Another top blend on the radar is Familia Zuccardi’s Zuelo Novello, made from Coratina, Koroneiki, Arbosana and Arauco olives. Harvested in April, it’s herbal in the nose and also features asparagus and other greens as well as tomato.

How do you use your extra virgin olive oil? As a salad dressing, to dip a crusty loaf into or the final flourish on a stew? 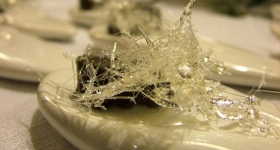