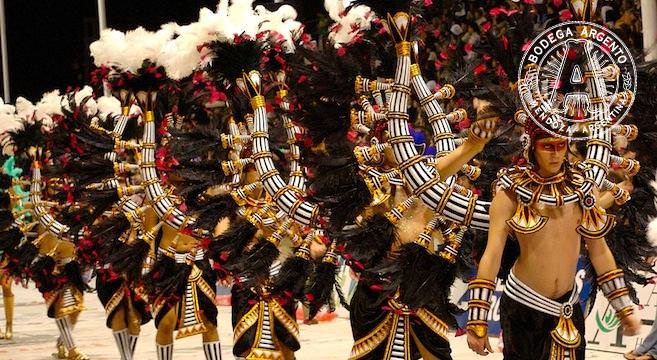 If you had to define Carnival, you’d probably think of Rio de Janeiro, the masks of Venice, or perhaps a damp August bank holiday celebrated West Indian style in Notting Hill. Although carnival revellers make merry from Indonesia to Croatia and Haiti, it’s the Catholics who take the credit for this extravaganza.

They instigated this annual ritual – defined in Brazil by an excess of glitter, skimpy outfits and feather headdresses – but then again, they’re the ones who pay most attention to Lent. Therefore, they need to consume all the tasty treats possible before 40 days’ fast kicks off – and this is represented through dancing, music and skimpy outfits ahead of Easter.

But how does Argentina’s Carnaval, a national holiday that regained its status in 2010 after being banned during the dictatorship, kick up its heels? Here’s our guided tour to the glitter and the good times, which peaks over the bank holiday weekend on 11-12 February 2013. You can also find out more about Carnaval 2013 in Argentina here. 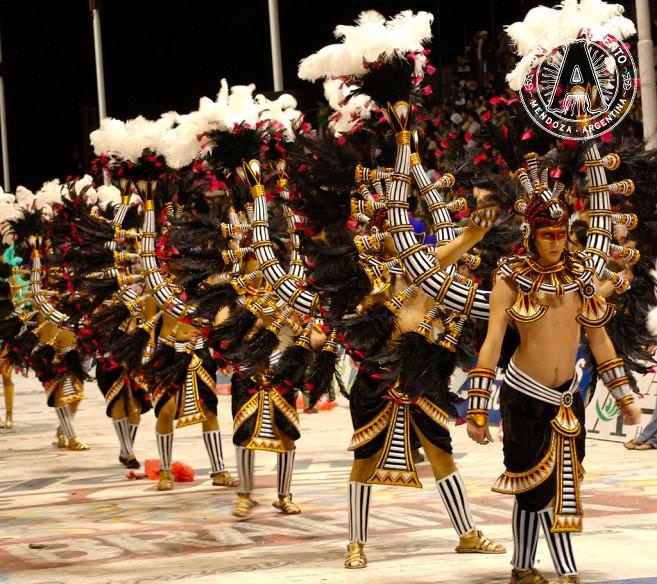 This small town in Entre Ríos province becomes the life and soul of Argentina’s Carnaval party in January and February, so you can expect parades, floats and dancing bodies taking over the streets. Carnaval also sees 70,000 feathers flown in especially for the occasion, while some dancers’ costumes have more than half a million sequins each – those who are wearing more than just a sparkly thong.

Gualeguaychú (pr. Wally-why-chew) is home to Argentina’s only corsódromo, a stadium built in 1997 exclusively for Carnaval, which can seat 40,000 revellers ready to be foamed and feathered in the name of pleasure while watching the three main dance groups, Ará Yeví, Marí Marí and Kamarr. Catch parades every Saturday until 2 March. Tickets cost 125 pesos. To get in the mood, check out this skull-and-bathtub float from 2012:

While you’re there: Partygoers will need rejuvenating after all the mayhem, so visit the hot springs or termas.

If you’re in the north-western province of Jujuy, you could do worse than being caught up in the devil-laden Carnaval there. This fusion festival combines pagan rituals that celebrate Pachamama (Earth Mother) with those brought over by the conquistadors. The action takes place all across the Quebrada de Humahuaca canyon, in the villages and towns dotting the cardon cactus-ridden Jujuy landscape, with the best happening in Humahuaca and Tilcara.

Note to readers: if a devil asks you to dance with him, you most certainly should take him up on the offer. While you’re there: Once the chicha takes its toll, head for Salinas Grandes (Great Salt Flats), 4,100m above sea level, for the photo opp of a lifetime. 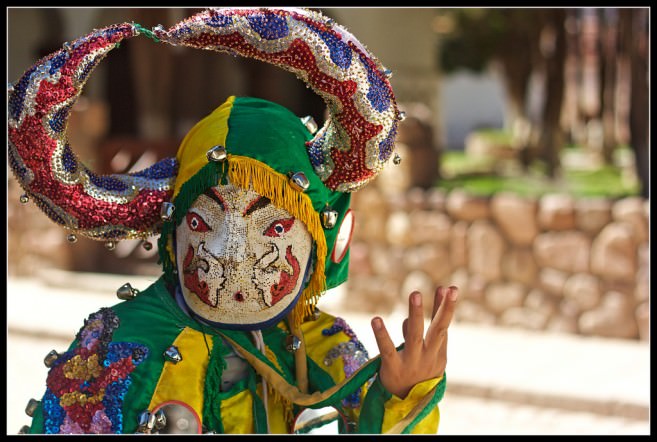 Rather than holding a single parade gathering the bold and the beautifully toned in one place, BA’s neighbourhoods – from Palermo to Boedo and beyond – hold 37 of them, which includes 112 murgas taking part. These lively drumming bands wander the streets, shuffle-dancing as they play, pick up friends and revellers as they circuit the barrio before taking to the stage for a final rendition or five.

Murgas, awarded cultural heritage by the city in 1997, tend to take their names from the name of their neighbourhood, so you’ll see Los chiflados de Boedo or Los Verdes de Monserrat among others, who are proud to rouse their barrios. Very much a family affair, expect to be foamed by kids large and small all in the fun spirit of Carnaval. See here for a complete list of Carnaval parades in Buenos Aires.

While you’re there: If you can peel yourself away from the dancing girls and boys, an ideal refuge is the Japanese Gardens with the koi carp.

Corrientes goes big, Carnaval-wise, perhaps because it falls under the influence of neighbours Entre Ríos and Brazil.

Misiones province, home to Iguazú Falls, also has parades in Posadas and San Ignacio, and will really make the beat go boom given that it celebrates 30 years of festivities this year.

One response to “Experience Carnaval 2013 in Argentina”