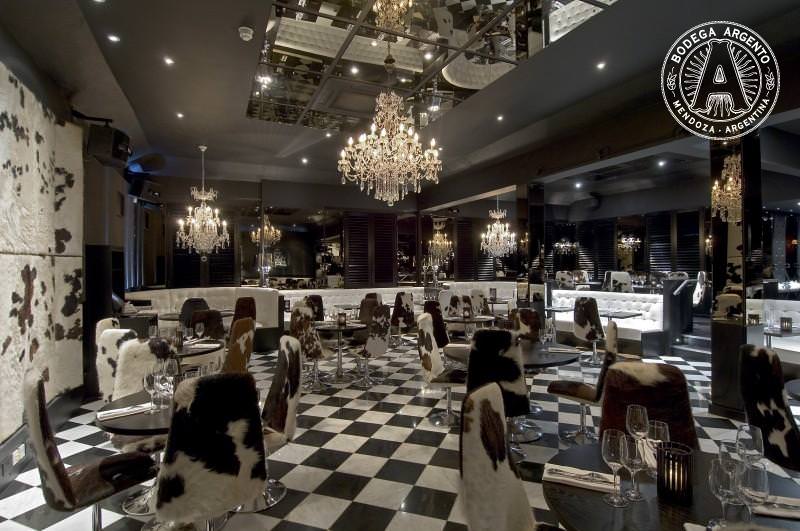 There are three principal cultural exports from Argentina: wine, football and meat (thankfully the mullet, Susana Giménez and Peronism don’t cross the borders too often).

The football, with Maradona and Villa in the 1980s, and Tevez and Messi today, is known and (mostly) respected around the world. Argentinian wine, with malbec as its USP, is constantly rising in profile. Meat has struggled a little more. It has failed in the way that, say, New Zealand lamb has carved out brand awareness. Despite that, whenever you mention Argentina, the ‘World’s Best Steak™’ eventually comes to mind.

As a Brit homesick for Argentina, it is undoubtedly the meat that I miss most (sure, friends and that, but mostly meat). Imagine what it is like for an Argentinian, weaned on steak, living in London. Many Argentinians I know in London have been teaching their butcher over a number of years how to carve up Argentinian cuts: vacio, asado de tira and bife de chorizo (see a previous blog post for more on this). I actually take in photos to my butcher – he does his best.

But what about eating out? London is definitely the place to find Argentinian restaurants that have the similar cuts, the same offal to those in Buenos Aires, and the perfect malbec to accompany it. 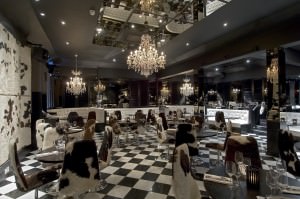 One chain of 16 restaurants (including Leeds, Manchester and, erm, Beirut) is Gaucho. These hugely successful restaurants are the first to really run with the Argentinian meat brand. These are fine looking restaurants and highly rated, especially among the alpha male city types. But it’s what’s on the grill that matters. The menu is overwhelmingly steaks: rump, sirloin, fillet and rib eye. There’s also lamb, spatchcocked chicken, and pork matambre (rolled pork). These are all items that you would find on a menu in an upmarket Argentinian restaurant – but lacking key items that are not as recognisable in Britain, such as the aforementioned vacio and asado de tira – fatty, tough cuts that Argentinians recognise as the tastiest and are by far the most popular cuts.

The nearest at Gaucho is cuadril (sirloin bottom or tip roast). Absence of molleja (sweetbreads) can be forgiven – only those from lamb are legal in the UK (although still good), and I can’t imagine chinculines (small intestines) being popular on a London plate despite their ubiquity in Argentina. Most shockingly for Argentinians is the presence of sauces. Even in the smartest BsAs restaurants, it’s unlikely you’ll find Béarnaise, peppercorn or mustard sauces. You’ll find only chimichurri, an oily dip with chilli, oregano and garlic. But the beef is all sourced from the finest pampas fed Aberdeen Angus cattle and the quality is top shelf.

Another look inside Gaucho

Santa Maria del Sur’s menu is more recognisable for an Argentinian. Proveleta (grilled cheese) and lengua a la vinagreta (marinated ox tongue) are both starters here. Again, the meat is biased towards common cuts of steak, but you can order a parrillada (a mixed grill), something most Argentinians will order to share. It’s a popular place and rightly so – definitely one of the best in London. Garufa, from the same owners, is a more relaxed restaurant and is of the trendy sort you might find in Palermo. There’s also tango on Monday nights – that’s tango as in a bloke with a guitar, not a spangly dance show. Whew.

Constancia is another upmarket joint that serves a largely authentic menu: proveleta, empanadas, picada (cold meats, cheese, olives), chorizos and morcilla (black pudding). It’s been highly rated by critics – still no vacio or asado de tira, though. In Connaught Village is Casa Malevo, a buzzy, styish place with – hallelujah – molleja on the menu. It still only has rib eye, sirloin and fillet (alongside leg of lamb) but the vibe of the Casa Malevo is pretty authentic. 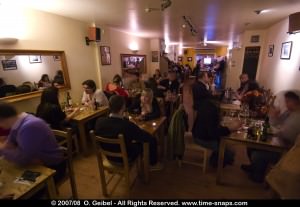 The least showy place is Buen Ayre in Hackney which has vacio (flank steak), my favourite cut and also the cheapest, as well as mollejas – it’s for this reason alone why Buen Ayre tops my list. It looks like an unassuming restaurant in San Telmo – Tevez ate there, for heaven’s sake, as did Keira Knightley. Go, get the parrillada mixta (vacio, chorizo, grilled provolone cheese, morcilla), the cheapest red on the wine list and pretend you’re back in BsAs. That’s what I’m going to do. Maybe Keira Knightley will be there. 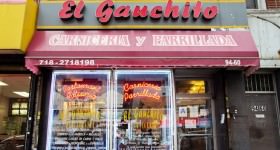 17 responses to “Discover the best argentinean restaurant in London”