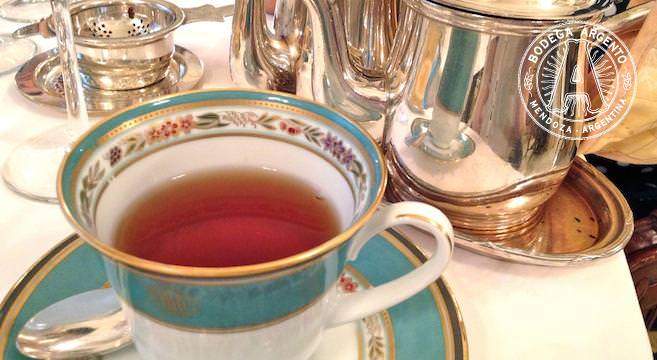 Argentines are known to drink mate, a tea-like infusion adopted from the Guarani people, but what some visitors may not know is that 19th century British immigrants brought with them the afternoon tea tradition, which developed with a local twist.

Travellers can still get a taste of the old ways at the Welsh teahouses of Patagonia, where at first isolation and now tourists’ money has kept the tradition alive. While some teahouses feel a bit kitsch, when the Patagonian wind chills you to the bone, finding refuge in a Welsh cottage nursing some hot tea and scones doesn’t sound like the worst way to keep warm. Visitors to Puerto Madryn, Trevelin, Trelew, and Gaiman especially can visit these traditional establishments and taste the famous torta negra (black cake). 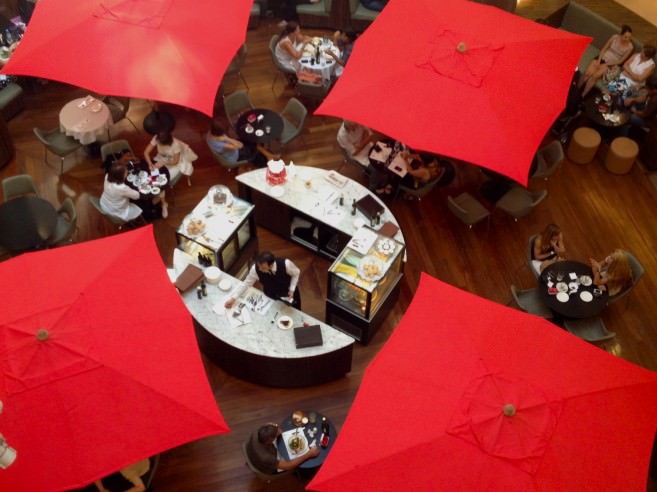 In the melting pot of Buenos Aires, teatime morphed into the very Argentine custom of merienda, served around coffee, mate, or other tisanes instead of black tea with milk and sugar, medialunas or facturas instead of scones, tostados (toasted ham and cheese sandwiches) instead of cucumber or tomato sandwiches, and, of course, dulce de leche, which goes in or on everything. You have to have something to tide you over until that late night bife de chorizo!

While some of the capital’s golden age cafes have closed over the years, like the legendary Café Richmond (“the most British corner of Buenos Aires”), teatime has hardly fallen out of fashion for porteños. The disappearing early 20th century baroque establishments are slowly being replaced in their role of fancy teatime purveyors by more modern and trendy spots.

Now that fall is creeping upon us, see for yourself at one (or all) of the places below.

Whether you’re passing through BA or here to stay, treat yourself to one of the fanciest afternoon teas in the city at the Alvear Palace Hotel. Let the white-gloved five-star service and live piano performer make you forget about the bus strike. Be warned, it may take you three hours to get through the bottomless silver pots of tea, towers of finger foods, and extra cakes from the dessert cart but do not despair, they have to-go boxes.

Tip: if possible, go during the middle of the week when it is quieter and attention from staff is better. Two can share one tea order, although they have recently downsized their portions. Reserve a table in advance online or by phone. 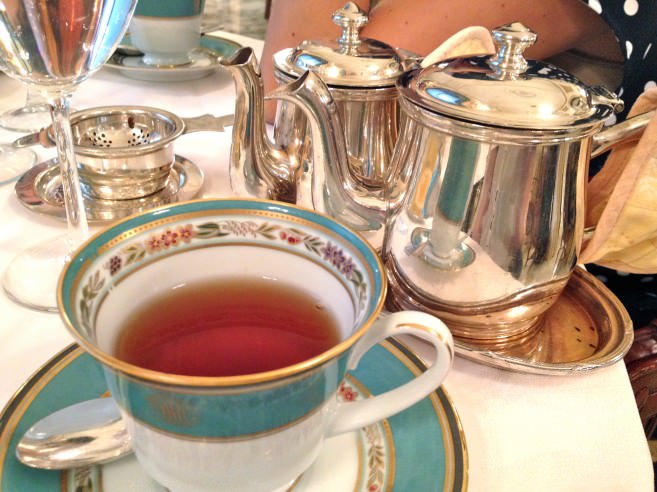 Diabetics, beware! Las Violetas is a shrine to all things sweet, housing a collection of what must be every type of pastry/candy/sweet imaginable in Argentina. The white-jacketed waiters, French stained-glass windows, and Italian marble columns create an ambiance that has kept Argentines and visitors alike packing the place for more than 125 years. That and the extremely generous portions: the afternoon tea menu (read: giant platter of sandwiches, toast, and cakes, plus tea and orange juice) is enough for four. Although a bit out of the traditional tourist circles, if you have an insatiable sweet tooth, love nostalgia, and want to kill a few hours with friends, you won’t be disappointed. 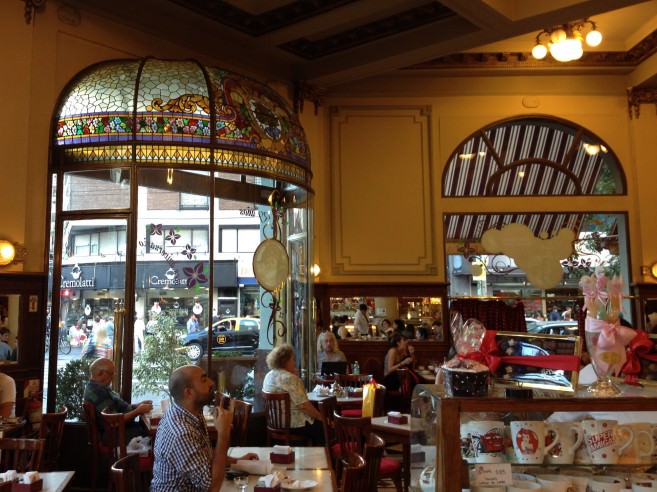 For the tea connoisseur

Follow the old streetcar tracks through the covered passageway to the room with tea tins lining one entire wall. At Tealosophy, tea is elevated to an art form and they provide their exquisite teas to many other establishments throughout the city. Stop and smell the exotic blends created by tea guru, Inés Berton, then sit in the courtyard to sample one accompanied by something sweet from Decata. Don’t leave without taking a tin (or two) to enjoy at home.

Address: Gorriti 4865
Other locations at Av. Alvear 1883 and Nordelta 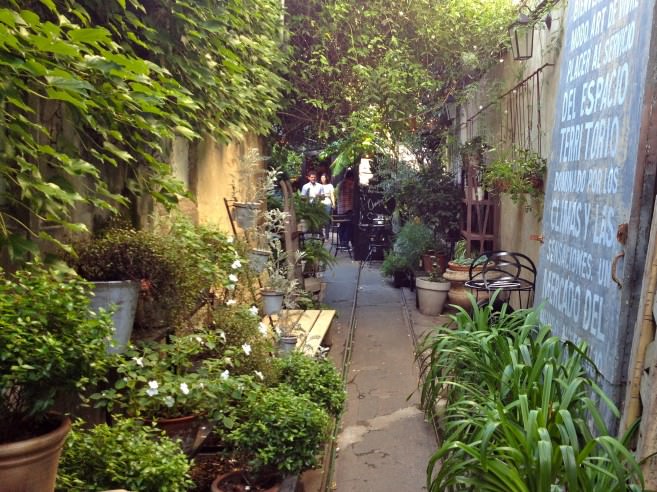 Tea Connection is probably the epitome of the “new” teatime spots in the city, with modern furnishings inside and bike racks outside appealing to a younger crowd. Tea Connection tries to create a tea lover’s experience (sorry coffee drinkers), dressing their teapots with cosies and providing mini-hourglasses to advise when your tea has been brewed to perfection, Their formula of fun tea drinking and tasty modern dishes must be working, because new branches are popping up all the time – they currently have 10 locations around the city. 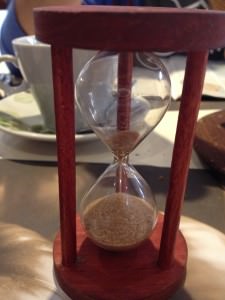 The British aren’t the only tea drinkers to import their love for the brew. Stop by the Japanese Garden for Asian blends. You can enjoy green or jasmine tea with Japanese desserts in the restaurant any day of the week and starting this month you can also experience the elaborate Japanese tea ceremony in the chashitsu (tea house), complete with hostesses in kimonos. The ceremony, which includes a guided tour, lasts about 40 minutes and is offered by reservation only. Direct all queries or reservations to [email protected]. 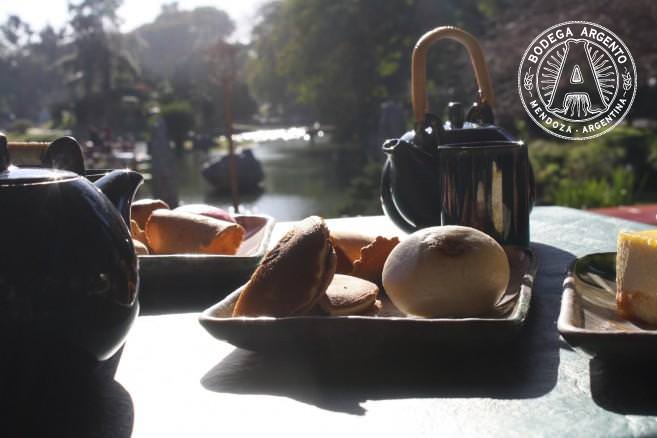 What are you favourite places to have tea in the city? Tell us in the comments below. 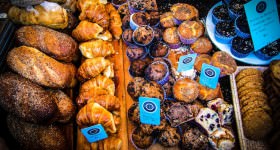