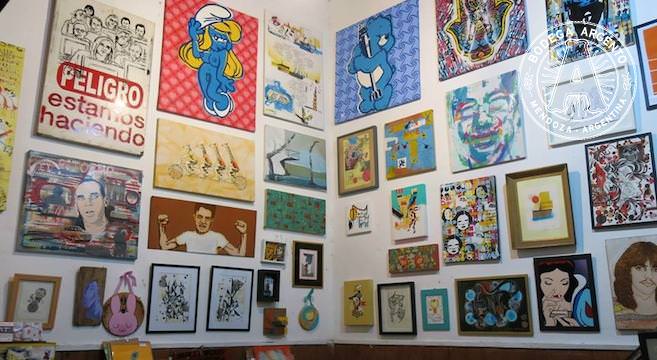 Unless your pockets are lined with silver, most people shy away from purchasing anything other than mate and knock-off Boca jerseys as mementos of their trip to Argentina. But an original piece of art may not be as hard on your wallet as you think. We take a look at some of the best places to buy Argentine art in Buenos Aires that won’t break the bank.

Sticking out like a sore, bleeding thumb that has been slapping away on a bass guitar all weekend, Post Street Bar in Palermo Soho is a rare entity. In the cruel mistress that is Buenos Aires’ hippest barrio, which tends to eat bars up and spit them out before their first birthday, Post Street Bar is a local mainstay, and celebrated its 8th anniversary just a few weeks ago. The dive-bar aesthetic synonymous with Post is perhaps the key to its longevity; the entire place, inside and out, is one giant, collective stencil.

Nestled at the back you will find Hollywood in Cambodia (HIC), an artist-run gallery that is the brainchild of the enterprising stencil artists who provided the extensive wall coverings. Seven years ago, in lieu of payment for their work, six artists proposed to the owners that they occupy the space to the rear of the bar, creating what is essentially an artistic cooperative containing two exhibition rooms and a shop. Long live the exchange economy!! 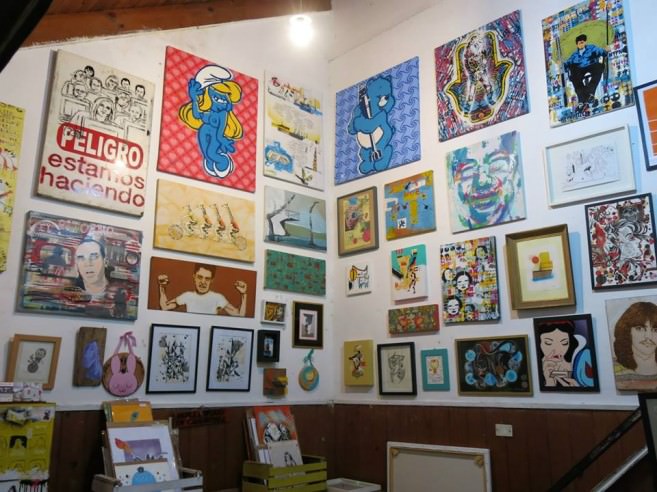 Photo courtesy of Hollywood in Cambodia.

Almost exclusively showcasing the work of nationally and internationally active street artists (and some friends as well), HIC has held over 90 exhibitions and has monthly openings, the next one being that of local artist rundontwalk in June. The walls are dripping with urban art, from prints to mixed media on found objects, and all of the artists who exhibit leave works to be sold in the gallery, so missing a show doesn’t mean missing out on what was on offer. Everything is priced in pesos and prints start at about AR$200 (approx. USD $25). One of the six founding artists mans the space from Tuesday to Sunday, but don’t be put off by the anarchic nature of what they do – they are super friendly and will happily answer any questions you might have.

Flying the flag of urban art in San Telmo is UNION, a new gallery from the people behind graffitimundo, a non-profit arts organisation supporting Latin American street artists. Probably best known for their eye-opening graffiti tours, graffitimundo has more up its sleeve than just a tourist trawl; they have their paint-covered fingers in documentaries, books, and now, an art gallery. 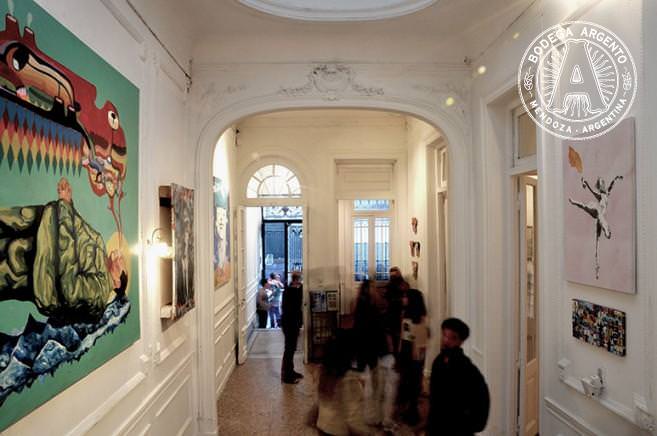 Set in a beautiful old chorizo house, four rooms provide a relaxed setting within which to peruse artworks from some of Argentina’s most well-known urban artists as well as emerging talent. Most people are unaware that many street artists are in fact making the transition from the streets into galleries, with smaller scale, sellable works being what put empanadas on the table from one day to the next. But the step down in scale doesn’t make these pieces any less visually assertive. Bold, colourful canvases and intricate framed wonderlands adorn the alcoves of UNION, with the work on show ranging from the abstract to the figurative. Works are priced in dollars and pesos, and a 1.5m2 canvas by a popular Argentine artist such as Mart weighs in at about USD $800. Viewings are by appointment only and openings are held once every 3 months.

If you want to cut out the middle man and go straight to the source, look no further than Artists Atelier Tour. One of the reasons that art is so far out of many people’s financial reach is due to the massive commissions that galleries add on, often up to 40%. Artists Atelier Tours offers art aficionados and potential buyers a unique experience by giving you a behind-the-scenes look into the natural habitat of the elusive artist: their studio. As well as being the perfect scenario within which to discover works by contemporary Argentine artists, it also creates a platform for engagement with the artists themselves, whether it be through conversation or by simply immersing yourself (temporarily of course, no one likes a clinger) in their world, as many of the studios are located within the artists actual homes. 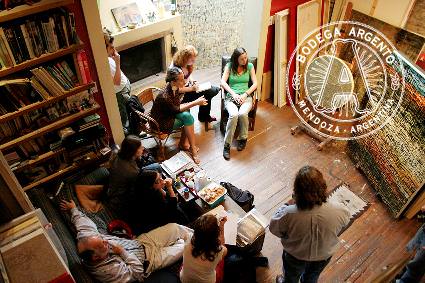 Each piece of work is certified (incredibly important in the art world to prevent forgeries), and once a purchase is made, a photograph of you and the work’s creator is a part of the sale package, meaning in 30 years’ time, when you realise that what you bought is worth millions*, you have photographic evidence of the fact that you possess a genuine piece of Argentina. Prices range from USD $300 to $100,000 and include celebrated artists such as Fabiana Barreda (part of the MALBA Collection) and León Ferrari. Each tour is customised based on the specific tastes of the client and group/private tours are available on request.

On the cusp of Palermo Soho and Palermo Hollywood lies the quaint Galería Mar Dulce, specialising in small to medium format works, perfect for packing in your luggage on your way home if you don’t want the hassle of organising shipping (believe me, you don’t!). The gallery itself is as neat as the works it shows; tiny, white, bright and full of buena onda. Exhibitions of delicate artworks by illustrators, painters, photographers and artisans are displayed in the gallery, as well as occasional small scale installations linking to whatever exhibit is on at the time. 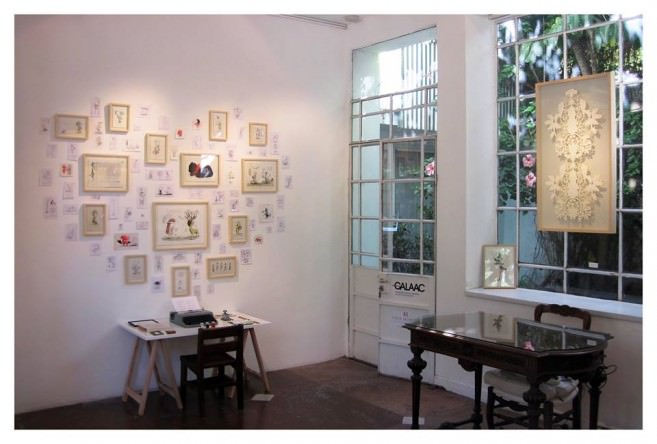 Currently showing is a very endearing collaboration between a writer and an artist who met on Twitter, with the charming product of their union being numerous illustrated phrases in English and Spanish. Next up is one for the ornithologists out there; a display of beautiful watercolours of birds by Argentine artist Sofía Wiñazki. Prices available on request from the gallery.

Another hit worth mentioning is Galería Patio Del Liceo, a maze of galleries, shops and cafes in Recoleta. Happy hunting!! 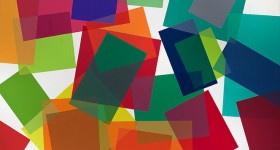