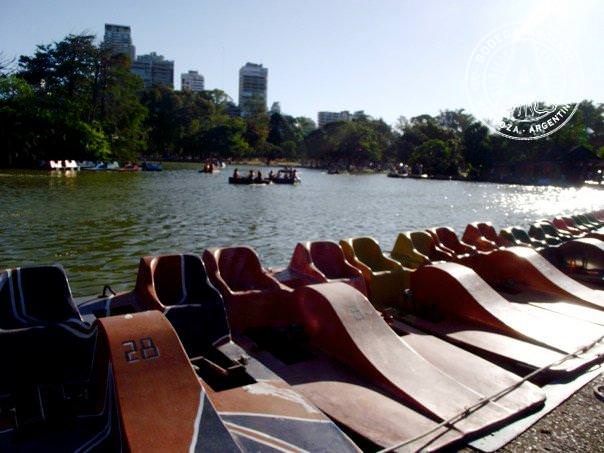 It’s green, has loads of great restaurants, and you can shop, dine and be merry alfresco pretty much 24/7. With its tree-lined streets you can see why Palermo is labelled the Paris of South America and Buenos Aires’ answer to New York’s Soho (an annoying comparison – not only to Parisians).

Well, it is. The first thing you’ll notice is the designers have got it bang on. But hang on, this is South America – where are the uncomfortably bright bulbs and loud, tinny soundsystems? Here the lighting is soft and the atmosphere first date-worthy – but it’s not dull. This is a world where hair salons look like clubs and closed doors hide underground ‘puertas cerradas’, secret late-night bars and a beer-serving tattoo parlour.

Come Dine With Me

I’m not going to list all the cool eateries as we’ll be here all day. Here are some of my favourite places for ‘onda’ (vibe) and top class food… 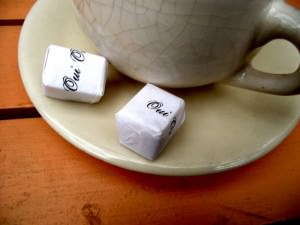 AY Not Dead (Soler 4193) has an achingly ‘on-trend’ shop with satisfyingly pouty assistants. Check out their DJ nights ‘AY Not Set’ (see what they did there?)

Anywhere that has 3 stores in Brooklyn must be cool, right? Pesqueira (Armenia 1493) has its accessories sold in New York’s MOMA. Hats off to you!

If it’s raining, head to Alto Palermo. Any mall that advertises itself as having the power to make women climax is worth a browse.

Other cool boutiques: Lupe Villar, Amores Trash Couture, El Mercadito, Rapsodia, The Beautiful Ones, Kukla, De La Ostia, María Cher and Casa Chic. Try also to spot ‘Ferias Americanas’ (second-hand places). Vintage shops are not as rife as in San Telmo, but they do exist on the outskirts here.

Lastly, beware the assistants – they’ll rip items from your hands as you take them off the rack, and into the changing room they go. I’ve been known to try on ugly-as-sin items I’d accidentally fingered out of politeness.

Right, time to get your hair done before heading on out. The place to go to is Roho (Malabia 1931).

No Rest For the Wicked

At some point everyone ends up on Plaza Serrano, lolling about outside late night staple Unico in Hollywood and bar-hopping down Niceto Vega (the ‘Sunrise Strip’ I call it), but for the more imaginative, here’s a whistlestop tour of the nightlife.

Go to Rio on Wednesdays, Caracas for genre-specific music, ocho7ocho and Franks for cocktails speakeasy style, Mundo Bizarro to crap tat spot, Tiki and Carnal for terrace vibes, Congo to dance under the stars, Wherever Bar to mix with local musos, Gong for a gay-friendly fiesta, Antares for beerlovers, Bangalore if you want a pub, Thelonious and Boris Club for Jazz (yes, I said Boris) and the glam Isabel for high-end cocktails (she should meet Boris). So you’re warmed up – where next?

Makena Cantina Club (Fitzroy 1519)
Lower East Side meets Liverpool. This live local music venue has seated tables, an elevated stage, Argentines playing with their instruments and sporadic breakdance-offs below. Go on a Wednesday for The Jack’s Experience jamming sessions. 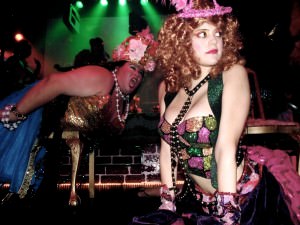 Niceto (Niceto Vega 5510)
If you’re into electronic music, this is the place to lose yourself. Erol Alkan (UK) played to a hipster crowd – I lost my wallet. At Thursdays’ Club 69 electro-cabaret night a friend stopped me climbing onstage – I lost my glasses. At the VH1 80s night I hollered to Human League – I lost my keys. At Zizek Club I realized cumbia can be cool, but you shouldn’t do the running-man – I lost my boyfriend.

Levitar (Gody Cruz 1715)
If you remember being in Levitar, you weren’t. You never plan to go, but somehow end up in the men’s toilet at 5am introducing yourself to a guy you’ve met five times. Then it’s light and you’re still dancing (loose term) on the terrace flirting to funk whilst a stranger graffitis on your arm.

Get Green-fingered in the Park

This is a green city. For a wholesome activity the day after the night before get yourself the must-have hipster accessory, a fixie, and head to Bosques de Palermo’s Rosedal. Count the 12,000 rose bushes and run, bike, roller blade, row or pedal boats on the surrounding lakes. 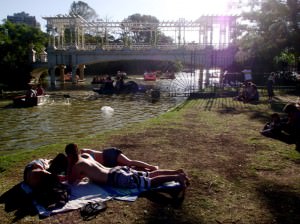 Another good bit of green is Parque Las Heras – a make-out park with young ones going to share yerba mate.

If you want a slice of high-brow and to get arty, nearby you’ve got the MALBA and there are also seasonal Gallery Nights where you can hop amongst the smaller private spaces. Also worth checking out This Is Not A Gallery for random coolness.

This was written from Palermo’s Urban Station (El Salvador 4588) – a cafe-as-office creative hotdesk space. They play Cat Power and Sigur Ros and have bikes for when you need to stop looking at pixels. Who doesn’t like to pay by the hour for things in this city? 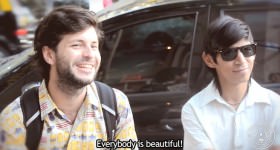