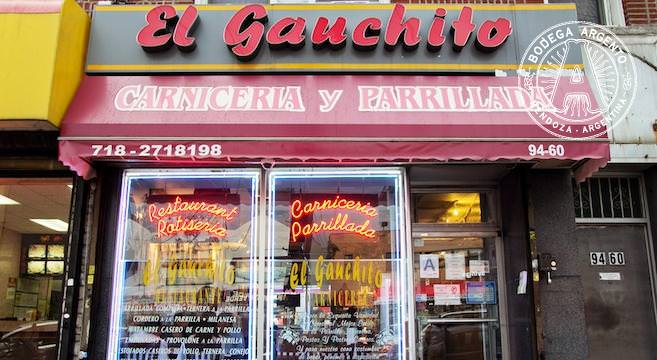 Two weeks ago, I was walking towards London Bridge after work through Borough Market. People in the pubs spilled out on to the pavements to make the most of the warm air. I’d stopped in a pub on the way home with a couple of friends and we were in no hurry. Then I saw Porteña (tag line: Argentinian Street Food), and I was overwhelmed with memories (it doesn’t take a lot). We perched on one of the stools outside, ordered half a dozen empanadas (dos de carne, dos de pollo y dos de jamon y queso), a bottle of Malbec (Quilmes was on offer – obvio) and I was back in Buenos Aires. I later jumped on the train with two kilos of yerba mate and a dozen Havanettes.

Every expat Argentine or anyone who has spent a lot of time in Argentina will, without doubt, have an urgent need to drink mate, eat dulce de leche, chew on a juicy piece of asado de tira and buy some alfajores. Empanadas are rarer, I’ve discovered, in the other places I’ve lived (Montreal and Toronto for example), but somewhere, on some street, in nearly every city there’s at least one little store with a faded Boca Juniors logo hung in the window, where you can get brands of mate, a half decent media luna and some dulce de leche. And, here they are.

The aforementioned Porteña is in Borough Market on the South Bank. It sells yerba, pastries, alfajores and stunning empanadas. You can sit out side and drink wine. Chango Empanadas is a street stall on Brick Lane on Sundays and a couple of other different markets across London – check out their website.

For a really wide range of Argentinian products (dulce de batata, replacement bombillas, tapas de empanadas and, GET THIS!, 9 de Oro biscuits!) then Casa Argentina has the lot at reasonable prices. They mainly deliver, but there’s a small store in South Wimbledon.

And for some ñoquis in quirky surroundings, try the Anglo Argentine Society that serves it up every month – on the 29th! Among many other events. 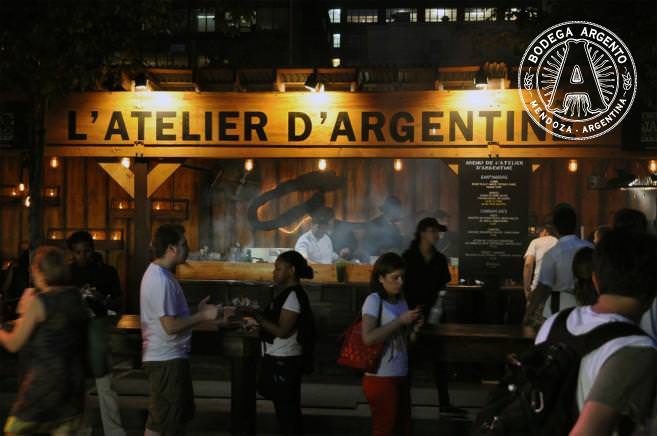 L’Atelier D’Argentine parrilla in Montreal; photo by Doug on Flickr.

There’s one restaurant in Montreal who are closer than any other in the city to a wonderful authentic asado and that is L’Atelier D’Argentine. To see the world’s most appealing website look here. It serves upmarket food (mollejas – sweetbreads, asado de tira and vacio) and has a massive wine list.

For Argentinian goods, I always head to Sabor Latino on St Laurent (there’s also a store in East Montreal at 436 Bélanger). It’s a large supermarket with everything you’d possibly want, including a few bits and bobs you saw on your Latin American travels such as Inca Cola. But you’ll find plenty of yerba, empanada dough, maize (if you’re going Northern Argentinian), polenta and dulce de leche. 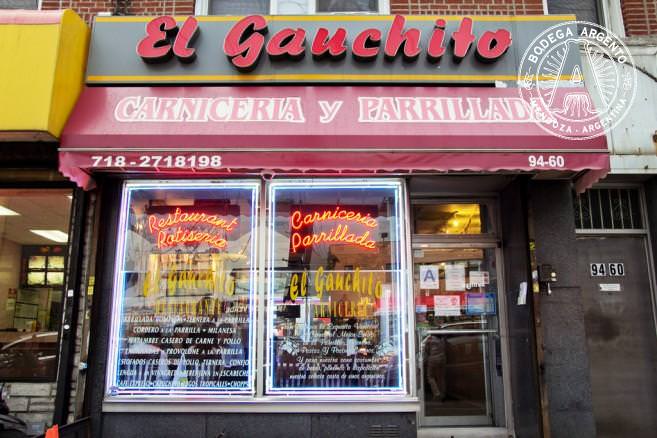 Well, there’s no shortage of Argentines in New York, nor their restaurants. Where to begin? In Queens there’s El Gauchito, where homesick Argentines congregate. Reassuringly, it’s also a butchers. What’s not to like? They also sell every Argentinian food stuff you could imagine: Titas, Bon Bons as well as fresh pastas.

Nearby, in the ‘Barrio Argentino’ in Queens, is the Rio De La Plata Panaderia y Confiteria. Speciality? Sandwiches de Miga. Need I say any more? OK, I will. Nearby is La Esquina Criolla (9467 Corona Ave, Elmhurst, (718) 699-5579), which Layne Mosler, a friend and food writer of the amazing Taxi Gourmet blog recommends. It’s also a butcher’s shop. Much loved.

For shops selling Argentinian products all over North America this is a great resource. 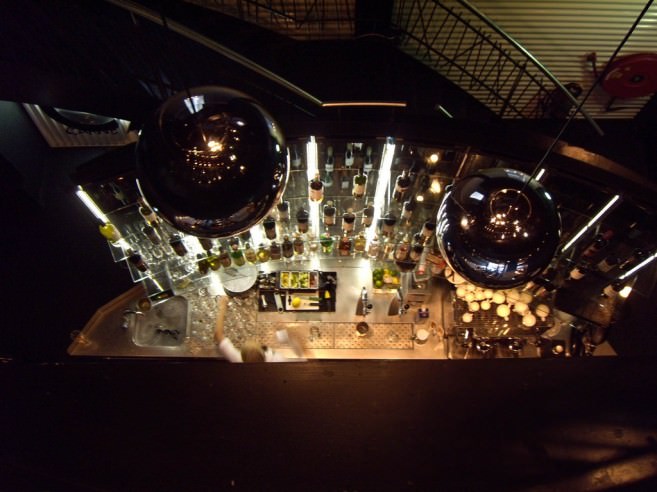 The cocktail bar at Cau Restaurant in Amsterdam; photo by Luca di Ciaccio on Flickr.

Since I have been researching this post, the city of Amsterdam has cropped up quite a bit. There’s a large Argentinian Diaspora in the city (including Princess Maxima!) and this is reflected in the number of Argentinian restaurants and shops. One of the most intriguing isn’t actually run by Argentines. “When we started CAU, our vision was to capture that spirit in a restaurant that would fit right into the heart of Palermo, Buenos Aires.” At CAU you’ll find empanadas, yerba-smoked beef (!) and asado de chorizo. There’s also branches in Guildford and Cambridge in the UK. Other recommended restaurants include Carlitos Gardel, La Luna that sits high in the TripAdvisor rankings and Toro Dorado.

And for just about everything Argentinian, including that grill you’ve been hankering for (I have), is Mate Tee. It’s an online shop, in Germany, but ships all over Europe. A Dutch mail order shop is Yerba Mate Holland. 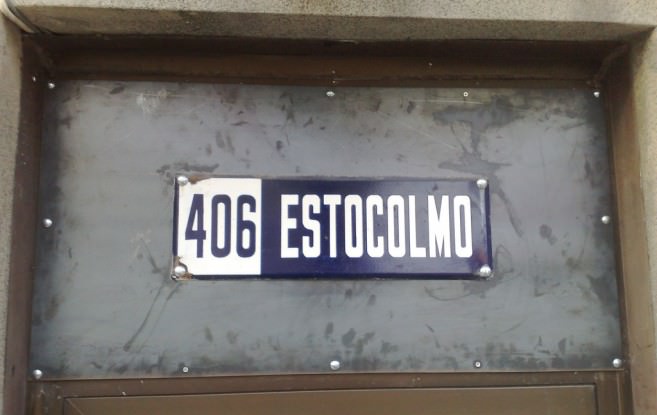 Parrilla 406 Estocolmo in Stockholm; photo by Erik Mörner on Flickr.

There’s pretty much one place in Stockholm you are guaranteed a decent Argentinian meal and my friends there have vouched for it: 406 Estocolmo. Even the name sounds like a Palermo restaurant. It’s unerringly authentic – no burgers or fancy starters on this menu (you can tell because they only have three salads, and one of which is Rusa). They also do Peruvian ceviche.

To get your mate fix, plus bombillas and mate gourds try: Yerba.se, and Himalaya but for just about anything: Latin Produkter. It’s goods from all over South America, but you’ll find your dulce de leche here. 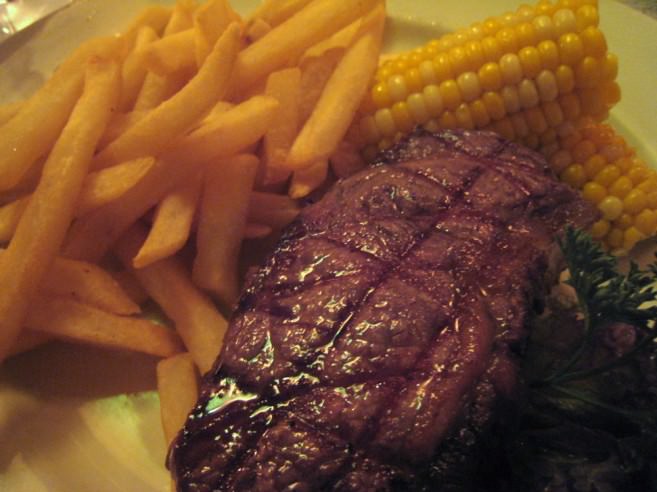 A steak at La Pampa restaurant in Hong Kong; photo by Krista on Flickr.

You can pretty much find anything you want in Hong Kong, you always have done, even if that includes chorizo, empanadas and a milanesa. That place is La Pampa. No frills is probably how it’s best described, but if you’re hankering your neighbourhood parrilla, this should fulfil your need.

Being a huge tea drinking city, unsurprisingly you’ll find yerba in most tea shops, such as H-TEA-O and some of the upmarket supermarkets. It can also be ordered for Culture Organics.

As yet, however, we still haven’t been able to track down alfajores!

If you know of any more places in these cities, or indeed any others, please let us know in the comments below and we’ll continue to update the post.

One response to “Argentinian Delicacies on Your Doorstep”