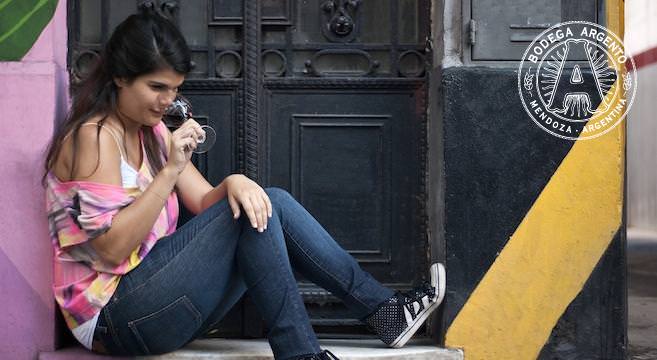 As grape harvests across Mendoza, Patagonia and the northwest provinces are in full motion, that can only mean one thing: it’s time for a new batch of wines to start reaching store shelves and restaurant cavas. And who can we trust for a solid opinion on floral aromas and tobacco notes? Sommeliers, that’s who. Some of Argentina’s top wine experts – already established or coming through the ranks – talk about their work in this flourishing industry.

Agustina de Alba was chosen as Argentina’s best sommelier in 2012 for the second consecutive year by the AAS and she works for Aramburu restaurant. 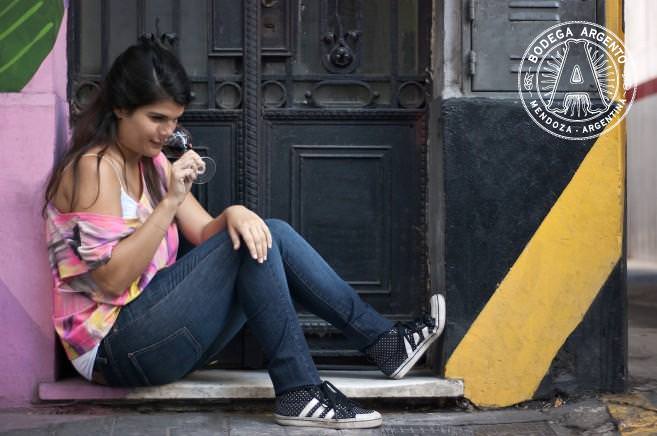 “So many times over the years, when I’ve handed over the wine list to customers, they’ve asked me: ‘are you the sommelier?’. I reply ‘yes’, and they continue, ‘but you’re young. How old are you?’ In the beginning, I used to say 18, today I say 25 but the question is always: ‘why did you decide to become a sommelier at such a young age?’

“Back in 2003, my parents had just split up and my dad decided that I would choose where we went on holiday. I decided on Mendoza, because a boy I had a crush on was going there. We arrived in the middle of harvest on 14 February. I didn’t know anything about wine, and my dad didn’t drink it. On the first day, our city tour was cancelled and to replace it, we were offered a tour of Bodega La Rural.

“Off we went, and and I was captivated by the countryside: the mountains, sun, nature. It was all so pure, and I thought: I want to live here. As soon as we got there, we were invited to visit the Museo del Vino, which was Don Felipe Rutini’s family home, founder of the winery in 1865. It was love at first sight, and the more we saw, the more questions I asked, and the more I wanted to know. So the guide offered me the enologist’s email. And I took it! In the meantime, my dad was waiting for me, sitting under a tree. Evidently, the same emotion hadn’t struck us both…

“Back in school, we were asked what we wanted to be when we grew up. Most said doctors, architects, and I said I wanted to connect with wine. My classmates looked at me weirdly and called me a drunk. However, one teacher was listening and said I should be a sommelier. He’d just finished a course at Escuela Argentina de Sommeliers (EAS) and had plenty of material, and the next day he lent me his study plans. I was so enthusiastic, I said: ‘this is what I want to do!’

“In a professional capacity, I’ve had various bosses over the years and two have marked a before and an after in my career. One of those is Gonzalo Aramburu… I don’t think there’s anybody quite like him, with such pure talent, who knows what he is doing, and for more than knowing how to choose his team and trust each one of us. When it comes to selecting wines, I’m lucky enough to have plenty of freedom, and can choose wines we like that represent Argentina. I’m always looking for hidden gems, and as Aramburu’s tasting menu changes each season, the wine list changes as well. That’s the main reason I look for authentic (fine and rare) wines that emphasize the menu’s different textures and flavours, and vice-versa.

“The best thing about being a sommelier is that it’s the best excuse for travelling around the world, and wine connects you with people and cultures that I never would have imagined I’d meet or visit – and all thanks to choosing this marvellous profession that I love!” 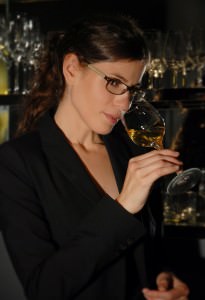 Paz Levinson (34) was Argentina’s candidate for the 14eme Concours A.S.I. du Meilleur Sommelier du Monde in Tokyo 2013 and reached the semi-finals. She was AAA’s best sommelier in 2010, works at Nectarine and teaches at CAVE.

“My father is from Mendoza, and my grandfather was born in San Carlos in the middle of the Uco Valley, so my relationship with wine was very natural – my parents drink a glass of wine at every meal. I became a sommelier when I was studying Literature. I had to get a job to support my studies, and I worked at Restó for five years, where I grew as a waiter first and head sommelier later.

“The most surprising thing about being a sommelier is that there is always something new to learn: new regions, wines, winemakers. You also learn a lot about human relations: how to work with people and develop the skills necessary to ensure a fantastic experience for customers. The sensory aspect is also amazing – I work with the senses and I teach others how to use them to appreciate wine.

“I like to travel, and right now I’m in China – one thing that brought me here is my interest in exploring the wine scene in Asia. By meeting people and making connections, I sometimes feel like a bridge. I never could have imagined how my life would turn out, but it involves the best things: travel, teaching, tasting and (without the letter T) learning!” 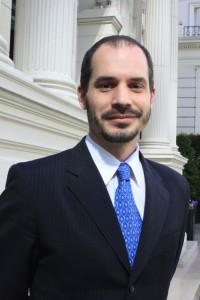 Sebastián Maggi is beverages manager and sommelier at Four Seasons Hotel, and previously worked at Sucre and L’Abeille. He teaches at EAS and CAVE.

“My first job was as a bartender when I was 19 and since then, I’ve always been involved with wine and spirits. From the beginning, curiosity drove me to try new beverages every time I had an opportunity, and this encouraged me to try to understand the differences between one product and another… or what parameters defined quality aside from personal preferences. First I was curious about learning more about every product I offered at the bar, and wine, whisky and beer represented the biggest challenge. And before I knew it, I ended up getting involved in the operation of a huge cellar and tasting every day for a local guide of wines.

“As a sommelier I enjoy creating new experiences for customers, broadening their palates and helping them leave their ‘comfort zone’ to try new and exciting things, making them feel that this is not only a food and beverage industry, but entertainment too. Having the same food or drink over again is boring, so I understand my job is to change that and encourage people to experience something new.”

Martín Bruno (30), following two years at Hernán Gipponi Restaurant at the Fierro Hotel, is now in charge of wines at brand-new bar and restaurant Florería Atlántico. 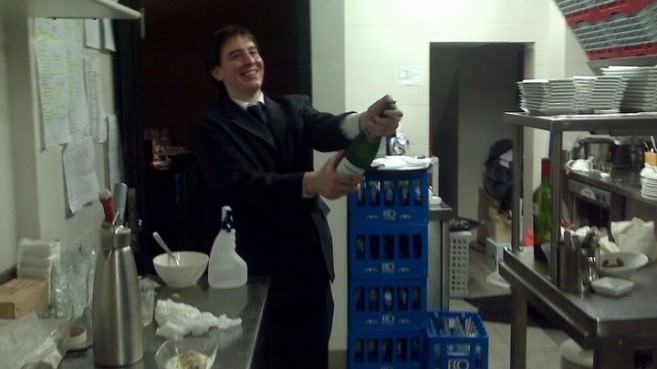 “I started my career as a bartender, with cantinero Fede Cuco. Then I went to New Zealand for two years and tended the bar at the Boardwalk Seafood Restaurant in Queenstown. The restaurant had a very good wine list and that´s where I really got into wine. I decided to become a sommelier because first, I like wine a lot and second, it´s a great way to relate with a lot of awesome people.

“When we were working on the wine selection for Florería Atlántico with Julián Díaz (from 878) we picked wines we really like. We also chose wines that we find interesting, with a focus on quality and value. Working with [AAS president] Andrés Rosberg at Fierro Hotel has been a great experience, and we are very like-minded in the type of wines we enjoy.

“The best thing about being a sommelier is certainly the wine, but also the great people you meet – you always learn something from them – and the very good friends I have made working in this industry.”

“Although my family has never been involved in wine or gastronomy, my interest began when I went to London to study English. I was amazed by the vast number of offerings available. When I returned to Buenos Aires, I undertook a few wine courses and began a sommelier course at EAR while studying for a degree in Political Science. But a few months later, I dropped my ‘serious degree’ to concentrate on wine.

“One aspect to our work is the attention one’s body gives over to all the senses, so you get to know yourself better when you find smells, textures and flavours you like. You always need to read up on or check out new wineries and emerging regions, so one is continually on the move.

“I was an assessor at Sipan, which was interesting as I selected all the wine and trained waiting staff. The then-owner José Castro Mendivil gave me the confidence and freedom to work according to my own convictions. I’ve also been the manager of Aldo’s, so I learnt directly about wine from Aldo Graziani himself. You live and breathe wine there. The latest list I compiled is for a new restaurant and wine bar in New York called Malbec-Tango House. I noticed that consumers are tired of woody Chardonnays and are looking to take risks, so logically I’ve included a greater number of Argentine wines.” 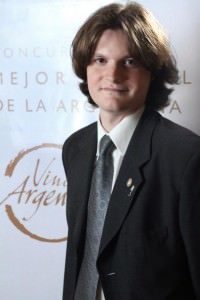 Martín Krawczyk (25) has worked at Mansión Vitraux Boutique Hotel & Spa and for Entaste, and was a finalist in the Best Sommelier of Argentina 2012 contest.

“I started my relationship with wine a few years ago, on a trip to Mendoza when I was 15. One activity was visiting a winery (without tasting any wines, though!). Something stayed in my mind and after going to tastings and taking short courses, I decided to make it my career.

“At the end of the day, a favourite wine is about emotions. And so, emotions, feelings and memories are what some wines are associated to. It’s all about our personal experience, and in my case, it is usually related to trips, a place I visited, or wines I have enjoyed with someone special. You remember those moments, and so you like to remember them with the opportunity of uncorking another bottle of that wine.

“The best thing about being a sommelier is being in touch with people from all around the world, and given the fact that many of those times are over a glass of wine, it is like heaven on earth for me.”