On the hectic tourist circuit Misiones province is often only talked about in terms of it’s northern border prize jewel, the spectacular Iguazú Falls. However, this lush region is home to no less than nine UNESCO world heritage sites that can keep you exploring that bit longer. Tucked up in the northeast corner of Argentina, snuggling between Brazil and Paraguay, you’ll find undulating virgin jungle, semi-precious stones and well preserved ruins from its namesake Jesuit missions. As the main producer of yerba mate tea, Argentina’s ritual drink, plantations line the roadsides of this culturally diverse and abundant landscape where nature is the main attraction. 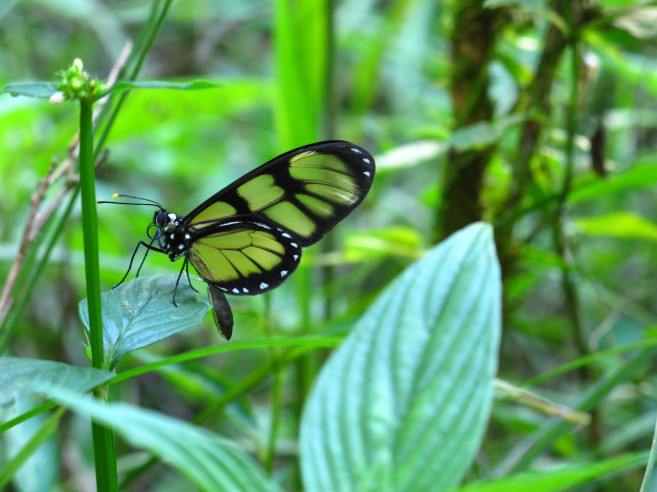 A stunning array of playful butterflies display their majesty in Misiones; photo by Sonja D’cruze.

On route to catch the overnight bus from Retiro terminal in Buenos Aires, I asked my taxi driver if he had been to Misiones. His answer: ‘No, pero la tierra es roja allá’ (‘no, but the land is red there.’) It’s the one thing almost everyone had told me, that, el calor! (the heat!) and to take bucket loads of mosquito repellent. Sun screen & bug spray at the ready The Real Argentina takes you on a trip to waterfalls, crystal mines and a yoga retreat to fully recharge the pilas (batteries)…

Sustainable living centre Mama Roja is as close to paradise and as far from Buenos Aires city life as you can get in an overnight bus. After 14 hours of full cama service (think personal TV screens, champagne after dinner & a bed like chair) we were greeted by Marcelo, the co-founder, and taken to the beautiful home he shares with his wife Kimberly, which is set in 78 acres of sub-tropical forest outside the nearby town of Oberá. Here life is all about simple living and self-reliance, slowing down and unplugging. No wifi. No phone signal. Everything on site is built with human hands and love, using natural materials such as the sticky, clay-rich earth for the shelters. The kitchen looks like something out of a Hansel & Gretel story book.

Marcelo & Kimberly relaxing on their balcony; photo by Maria Weiner.

As well as ecological internships and community projects, they also host yoga retreats with Buena Onda Yoga, a studio based in Buenos Aires. My week in the jungle was to become a total break away from the Buenos Aires urban quilombo (mess)…

The reviving five day Buena Onda Yoga retreat is held twice a year at Mama Roja. It offers daily yoga classes along with meditation, workshops and delicious vegetarian food served up by the team behind Jueves A La Mesa, a popular vegetarian puerta cerada (closed door restaurant) in Buenos Aires, which is also the brainchild of Buena Onda Yoga co-founder Meghan Lewis. 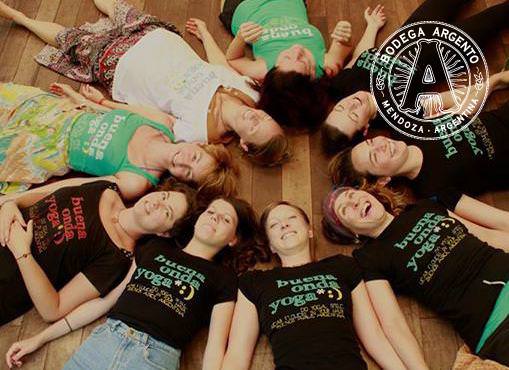 Other must-sees in Misiones…

Oberá is the nearest town to Mama Roja and is known for its diverse native and European immigrant heritage. Come visit in September to catch the 16 ethnic groups represented at the Immigrant National Festival all sporting their national dress. Whilst in relaxation mode make time to visit the Termas de la Selva natural hot springs a short ride from the bus station. Soak your tired traveller muscles in the hyper thermal water which surges up from over a thousand metres from the Acuifero Guarani and take in the views of the surrounding Paranaense jungle.

From Oberá take a day trip north-west to San Ignacio to see the carefully restored ruins of San Ignacio Miní. The UNESCO site bares witness to the cultural and historical roots left by the settlement of Jesuits missions in the 17th and 18th centuries which aimed to spread Christianity throughout Argentina during the Spanish colonial period. The impressive carvings on show are a fabulous example of ‘Guaraní baroque,’ and a nightly hologram show within the grounds gives you an idea of what life was like for the 4000 strong Guaraní population at its peak. 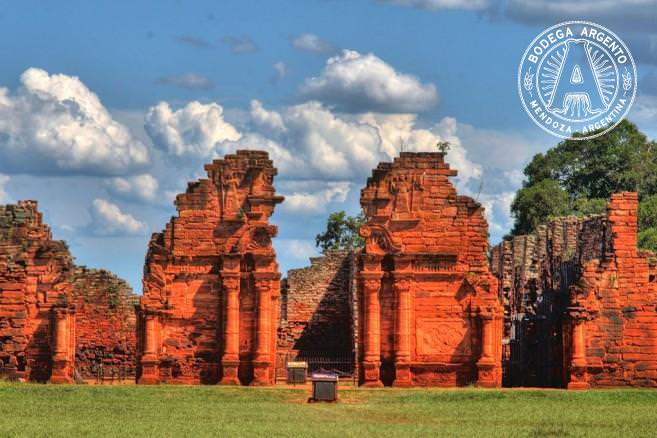 Step back to Jesuit times at the San Ignacio ruins; photo by Juan.

TIP: If you’re visiting during summer avoid the 10:00-13:00 slice of the day as the site can fill up with tour groups. Keep hold of your admission ticket as it is valid for 15 days and also gets you in to the nearby ruins at Santa Ana, Loreto as well as Santa María la Mayor, which is a bit further out.

Iguazú Falls
Another UNESCO site on the list, nothing can prepare you for the sheer awe-inspiring sight and sound of Iguazú Falls. The thunderous power of the cascades which make up 275 individual falls and cover nearly 3km is simply mesmerising. Set in a huge tropical national park teeming with wildlife and rainforest, the falls straddle Brazil and Argentina. It’s an easy bus journey over the border and every bit worth making the time to see both sides, the rush of exhilaration won’t ever be forgotten, less so because of the all the photos you feel compelled to take. Although the Argentinean falls are more highly developed with trails and trips, including a speed boat which takes you as close to the wall of the falls as you’d dare, over in Brazil is where you can get closest to the Garganta del Diablo (Devil’s Throat), the most impressive drop. The falls are easily reached from either side of the Argentine–Brazilian border, as well as from nearby Paraguay or if you head to Mama Roja it’s a half day and cheap bus ride north. From here head to nearby Wanda Mines site to view amethyst quartz and agates that were formed by lava rising and quickly cooling to create crystals.

TIP: Check border crossing requirements before traveling and try to time your visit with a full moon to take the magical guided night tours of the falls.

Saltos de Moconá
Iguazú Falls may steal the crown for impressiveness but the remoter Saltos de Moconá are also a dramatic and less tourist trodden natural wonder which can be seen by taking a direct four hour bus trip down from Iguazú. The name Moconá means ‘to swallow everything’ in the Guarani language. A geological fault in the bed of the Río Uruguay divides the river lengthwise and water spills over the edge between the two sections. The Provincial Park forms part of the Yabotí Biosphere Reserve and there are walking trails and worthwhile boat trips which give you views of the Brazilian and Argentine jungle reserves on both sides.

TIP: If the river’s high enough the falls aren’t visible. Don’t have a wasted trip, phone ahead to check but December to March is normally a safe bet for a good visit.