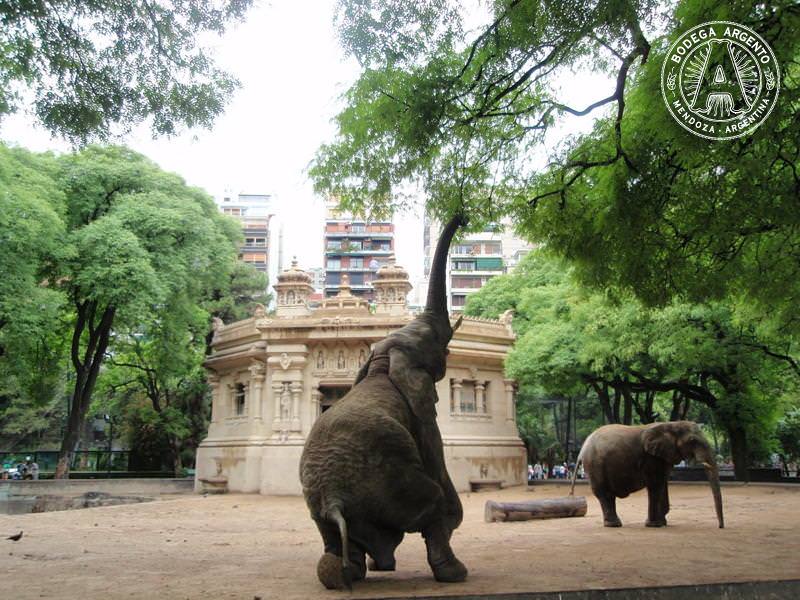 Buenos Aires, the city of tantalising tango, 400g steaks, all-hour partying and captivating history may seem, at first glance to be an adult’s-only destination. But there’s plenty to keep the kids occupied as well. Here are some ideas, from museums and parks to cafés and the zoo… 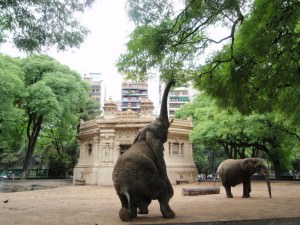 Big enough to include all the perennial favourites, but no so huge as to be overwhelming for parents, Palermo’s zoo makes a wonderful half-day outing. The compact zoo boasts over 300 animals including two wise old elephants, a very cranky lion as well giraffes, rhinos, hippos, orangutans and alligators.

First opened in 1888, some of the enclosures still feature beautiful old structures built to mimic the architecture of the animal’s country of origin. Attached to the zoo there’s a small reptile centre, an aquarium (which runs shows with performing seals) and a rainforest enclosure. Be sure to buy a ‘passaporte’ which gets you entry to all of these extras for just 7 pesos (£1.10) more. The total cost is 22 pesos (£3.30) each.

When you need to entertain travel-weary kids, giant dinosaur skeletons usually do the trick. There’s something about seeing an 18 metre reconstructed Patagosaurus that concentrates the mind and ignites the imagination. This natural science museum has dozens of our Jurassic friends on display as well as an impressive collection of stuffed animals (everything from Kangaroos and seals to monkeys and sharks) and a geology room filled with all manner of rocks. It’s all housed over two floors in a gorgeous old building in Centennial Park. 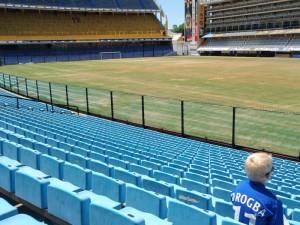 If your kids are into football they won’t get bored in Buenos Aires. Argentina has a solid claim to the title of most footballing-mad nation in the world and you’re never too far from an impromptu game in a park or a crowded café showing the latest matches from South America and Europe.

If you get the chance, take the kids to a match at the famous Boca Juniors stadium, the pitch where Diego Maradona cut his teeth. There’s also a museum at the stadium tracing the history of the team with video footage of the best goals. In La Boca itself you’ll find plenty of images of the man they call God (and a few look-alikes who will pose for photos with you for a few pesos) and loads of shops selling Boca Junior and Argentina paraphernalia.

And then there are always the city’s many parks where, with a bit of international courage, your youngsters will be able to join in on a local kick around.

Many of Buenos Aires’s parks and open spaces are clustered together in the northern part of Palermo – a trendy suburb about 10 minutes from the city centre. If you have kids it might be a good idea to stay in this part of Buenos Aires (there are loads of hotels and serviced apartments in the area) or at least plan to spend some time here.

Parque 3 de Febrero has bikes for hire as well as boats for the small lake. Nearby the Jardín Botánico is a peaceful retreat from the city traffic and Parque Las Heras has a small playground and plenty of space for running around or kicking the football.

Buenos Aires’s rich café culture is a feature of any trip to Buenos Aires. Porteños love nothing more than whiling away an afternoon in one of the city’s historic cafés and you’d be mad not to join them. But what about the kids?

Buenos Aires’s cafés can be fun for the young set too. Check the menu for a ‘submarino’ – a delicious and interactive take on the traditional hot chocolate. Your waiter will bring a hot glass of milk, a chocolate bar and a spoon – your kids will do the rest.

Your own coffee will usually be served with a range of condiments – a small glass of water or orange juice and little cakes or cookies – which you’ll have to fight to keep little fingers away from.

Nothing sparks the imagination of my 8 year old son quite like high value bank notes. And this small, slightly dim museum charting the history of notes and coins in Argentina does big money particularly well. Over three floors you will discover all sorts of different Argentine currency from the past – including obscure 56 and 8 cent notes – as well as the techniques for how they were made. But the pièce de résistance is a 1981 one million peso note. It will have your kids buying all the toys in the world (and a new car for you) in their imagination. Just don’t tell them that inflation and devaluation has rendered the note essentially worthless. 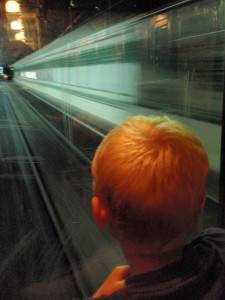 ‘Public transport’ and ‘fun’ are not usually found together in the same sentence, but with a bit of childish imagination Línea A on Buenos Aires’ Subte (underground subway/metro) can turn an otherwise mundane journey into an exciting Disneyland-style ride.

Sit right up the front of the first carriage and you’ll have a driver’s view of the underground track as you speed through the tunnels on Latin America’s oldest subway system. Not quite Thorpe Park, but certainly a lot cheaper. Subte tickets are 1.10 peso (17 pence) each.

This beautiful old naval ship, which made forty voyages between 1899 and 1938, is now open to the public in the newly developed waterfront barrio of Puerto Madero. There are displays of nautical equipment and arsenal, maps charting the ship’s voyages around the world and various video presentations. You can view the on-board barber shop, old sailor uniforms and have a go at lining up the ship’s cannon.

Unless you’re into eating in empty restaurants, you’re going to need to adjust your childrens’ bedtime in Buenos Aires. Porteños usually eat dinner at around 10pm and as late as midnight is not uncommon, so an 8pm lights out isn’t going to cut it.

It’s normal to see young children out with their parents at restaurants long after their English counterparts are tucked up in bed, so you won’t feel out of place when your kids are tucking into their steak at quarter to ten.

To aid with the readjustment it might be worth scheduling an afternoon siesta into your daily routine. Siestas aren’t actually the norm for locals (it seems kids just operate on much less sleep) but it may be necessary if you want to keep up.

“Prohibido NO Tocar” (“It’s prohibited NOT to touch”) is the cute slogan of this great little museum in Recoleta. Two floors of hands-on exhibits will teach your kids about sound, light, motion, weather patterns, probability and even internet security. Your kids will be spinning, pushing, throwing, pulling and hitting stuff for hours.

Also check out this great post by LandingPad BA for more ideas on things to do in Buenos Aires, including tango, polo, beef, nightlife and more.

As a child James was subjected to endless anecdotes about his parents' trip along the Hippy Trail "back in the 70s". The brainwashing worked and James has been an avid traveller ever since. Argentina has always been on 'the list' and James realised the dream of spending a month in Buenos Aires in late 2010. James is a freelance writer who has worked for The Sydney Morning Herald, The Melbourne Age, Real Travel and MSN Travel.